Agellan Commercial REIT intends to sell its three Ontario assets over the next year and become an all-U.S. property trust focused on the larger and more robust commercial real estate market south of the border. 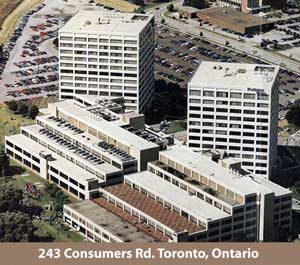 “It is our intent to come out of Canada totally and we will hopefully do that over the next six to nine months,” said Frank Camenzuli, chief executive of the Toronto-based REIT (ACR.UN-T).

The expectation is Agellan will be more attractive to investors as an all-American real estate play. “We think the multiple will change by two to three-fold,” said Camenzuli, referring to how investors value the REIT’s assets.

Already active in the U.S.

When it comes to redeploying the capital from its Canadian holdings, expect Agellan to focus on southern U.S. states such as Texas, Georgian, Florida, Arizona and the Carolinas.

“It is the one where we certainly have the most experience and best performance and I think that for the REIT which is looking for continuous cash flow, it is the property type that we think matches up the best.”

The REIT’s CEO said there are a host of good reasons to go south.

“It is not only the growth story; there are just a lot more people in the marketplace, it is a much bigger market, it is much more competitive,” he said.

The REIT has been an active acquirer in the U.S., adding five properties this year, growing to 32 properties in total at the end of its third quarter. Currently, more than 60 per cent of its income comes from its U.S. holdings.

“This market is almost dominated and controlled by the pension funds. This is an oligopoly market that has very little growth and is very restricted and constrained by all of the controls and the U.S. market doesn’t have the same level of controls.”

The far higher liquidity of the U.S. market is a plus, but the REIT does recognize it carries with it greater variability than Canada.

“It is a more liquid market and it is much more adept to change, both up and down. Right now it happens to be up. So it falls faster and rises faster.”

Camenzuli noted some other REITs with portfolios in both markets are taking more interest in the States, for good reason, but “I don’t think anyone else has really dedicated themselves to be U.S. only.”

That does not mean Agellan simply has to put a For Sale sign on its Canadian properties.

The REIT is currently developing its Parkway Place complex in North Toronto, comprised of four interconnected multi-tenant office buildings as 243, 245, 251 and 255 Consumers Road. The buildings contain approximately 812,000 square feet of GLA, sit on 32.7 acres of land and host about 2,750 parking spaces.

On the site, Agellan is developing a new  60,000-square-foot head office building for Porsche Canada that will host its first national training centre for up to 50 employees, a dealership for new and pre-owned vehicles and an underground garage.   This site will also have an additional 40,000 sq. ft. of retail and a large parking garage.

“We will likely bring in a partner before we finish that and we will likely sell it in pieces,” Camenzuli said.

The REIT recently received approval from city council for the dealership and the parking garage and retail have already been approved.

Despite its preference for a southern strategy, Agellan does not believe it will be difficult to divest its Canadian holdings.

“Don’t confuse the leasing market with the capital market,” said Camenzuli. “There is still pretty good, big demand for real estate from the investment side, but the user side is a little soft.”