American broker with retail expertise to set up in Toronto

With Target already in Canada and now Nordstrom and Saks Fifth Avenue preparing to enter the Northern market, it should come as no surprise that U.S. realtors are following American retailers into the market.

RKF, an independent real estate firm specializing in retail leasing, investment sales and consulting services, announced in early December it is setting up shop in Toronto. 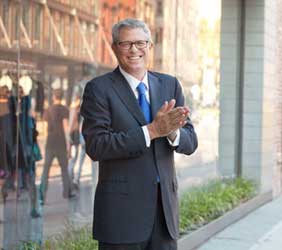 A growing number of major American retailers have expanded into Canada in recent years and retail analysts only expect the trend to continue, according to the realtor.

Indeed, according a recent Reuters story, Nordstrom intends to open five Canadian stores in 2014 and as many as 15 to 20 lower-cost Rack outlets. Saks is planning as many as seven stores and 24 Off 5th outlets.

The wave of expansions comes despite the fact that Target was anything but on target in its financial projections in Canada. Reuters reported that the company disappointed shoppers with higher prices than in the U.S. and failed to keep its inventory well-stocked.

James Smerdon, vice president and director of retail consulting at Colliers International Consulting, told the news wire service: “Target had one thing that they had to accomplish…make the shopping experience for every Canadian a positive one, and unfortunately they failed at that.”

RKF said its move into Toronto will allow it to provide its clients, both landlords and tenants, access to the firm’s services no matter where they are located.

Steven Alikakos will serve as firm’s Canadian president and broker of record once RKF Toronto receives its licence.

Alikakos comes to RKF with more than 22 years of retail expertise. He most recently worked as the senior vice president and senior manager at DTZ Canada (formerly J.J. Barnicke) and led the firm’s retail department across Canada.

RKF chairman and CEO Robert Futterman said in a statement that Toronto has increasingly become a global hub for retailers and retail real estate investors. “Our clients also will immediately benefit from this expansion given the wealth of great retail opportunities that exist across Canada.”

In making the announcement about the partnership with CWM, the two firms also said they soon plan to establish a joint presence in Asia.

RKF is headquartered in Manhattan with offices in Chicago, Las Vegas, Los Angeles, Miami, Northern New Jersey and San Francisco. The firm has approximately $20-billion in aggregate real estate transactions to its credit.

Futterman founded RKF in 1998. Ten years later the New York Observer named him as one of the Top 100 Most Influential People in New York Real Estate. He is a four-time winner of the Real Estate Board of New York Retail Deal of the Year.