In Chemainus, Anthem bought a collection of four buildings in the heart of the historic downtown in September. The buildings include a 12,000-square-foot Foods Store, a new 8,800 sq. ft. drug store, a B.C. Liquor store, a regional library and stores containing several local merchants serving the community.  Chamainus is a town located on the east coast of Vancouver Island, north of Victoria. 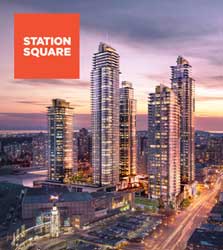 Anthem has shown itself to be an active and creative developer. Currently, the company is the 18th largest commercial property manager in British Columbia, according to Business in Vancouver. Anthem manages 2.66 million square feet in the province.

The company’s entire portfolio consists of over 3.5 million square feet of commercial space, 40 acres of urban and suburban land held for future development, and approximately 3,500 residential condominium units either in the design development state or under construction.

The company has invested in, developed and/or managed alone or in partnership over 210 projects with a cumulative value of approximately $2.5 billion.

That’s a long way from its beginnings in Colorado, where the firm bought distressed properties first in that state and then in Arizona, Texas and California.

Moving into Alberta and British Columbia in the ‘90s, the company listed itself on the TSX Exchange and raised hundreds of millions of dollars of equity capital through the exchange and from high-net worth individuals and investors.  The company subsequently converted back to being a private company.

Anthem has any number of large projects underway. Outlook at Waterfront in Calgary is located on the Bow River and will feature over one-million sq. ft. of condominiums above a retail podium.

Station Square in Burnaby (shown in picture) is a multi-use, transit-oriented development that features five residential towers. Anthem, with its partner Beedie Living, will start phase two of the project in 2014.

Anthem’s highest-profile recent acquisition may well have been Vancouver’s iconic and historic Save-On Meats Building. Originally built in 1891, the building is home to Save On Meats Diner and Butcher Shop and has been featured on Dragon’s Den. A new loft-style office space is being created on the three floors above.

Anthem Properties is a subsidiary of Anthem Capital, which has investments in technology, mining and energy and consumer products.