Are there still good deals in a busy U.S. property market?

Given how competitive the Canadian real estate market has become for every asset class from downtown trophy buildings to the most modest industrial spaces, it is only natural real estate companies and REITs cast their gaze southward at the huge U.S. market.

The U.S. is not only close by, it also represents the world’s largest real estate market. It is also a country where valuations were hammered by the financial crisis of 2008-09, before the inevitable bounceback and investment spree. In the post-recession recovery, private equity firms, pension funds and other investors have poured money back into real estate, snapping up iconic office addresses and shopping malls, multi-residential properties and even single-family homes.

So much property has changed hands that some observers are asking whether the American market has become overpriced. 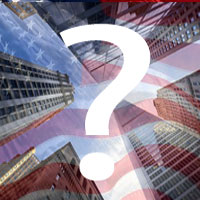 Is the U.S. overpriced or not?

That multi-billion dollar question will be the topic in Toronto at one of the opening sessions of the Dec. 3 “Global Property Market: At the Canadian Real Estate Forum” organized by Informa Canada Inc.

The simple answer seems to be that there will always be great opportunities for prudent investors: They just might have to work harder depending on the asset class and geography they are searching for properties.

“Large institutions tend to congregate in the five or six gateway cities and in those instances when people are saying prices are ‘toppy,’ I think they are talking about those hyper-competitive bidding processes in Manhattan or Washington or Boston ,” said Robert Byron, managing director and principal of Blue Vista Capital Management LLC of Chicago. “I think that is what people are referring to generally when they say that maybe prices have peaked.”

Byron, who is part of the opening panel, is firm in his belief there are plenty of deals to be made in the U.S. and that the real estate market still has legs.

“Our take is that there is a big, broad middle market of real estate transactions – 80 per cent of the real estate transactions that get done are $50 million or less in gross purchase price or realized value – and those deals are not as competitively sought out as the stuff you put on the cover of a brochure,” he said. “That is an area we spend a lot of time.”

Fellow panelist Brady Welch, principal of Slate Properties Inc. of Toronto, also sees plenty of opportunities for investors in the United States. “We’re big believers in investing the U.S. On a risk-adjusted basis, we believe it is a better investment for most parts. Not that there are not good investments here in Canada; it is just that the opportunity is a little larger down there.”

The inflow of “big money” from institutional investors has not pushed smaller players out of real estate, but it has forced them to seek deals outside the spotlight to a degree, he said. “America is a world of two different markets today. The big capital is chasing the same deals and arguably in those larger markets and for trophy assets, the pricing is very similar to Canada.

“But when you fall off the grid and go to secondary markets, which are large by Canadian standards, the ability to obtain debt financing is spotty, which creates an opportunity for mispriced real estate,” said Welch, whose firm is investing in grocery-anchored retail real estate.

Those secondary markets are “where we play and our bet is that it won’t stay like that forever. As yield compression and as capital chasing trophy assets and big pools of portfolios, they will take it to a point where it just doesn’t make sense anymore and they will have to focus elsewhere.”

Fairly priced and balanced, or not?

That “tale of two markets” in the U.S. following the slow economic recovery simply does not exist in Canada, where the recession was shorter-lived and where there is simply fewer properties to invest in, the Slate principal contends.

“In Canada, arguably, to make a comparison, if you are buying a shopping centre in the GTA or the one in London, Ont., the cap rate spread is so tight, maybe it is 50 basis points. But buying in Washington, D.C., or Manhattan compared to buying in Pittsburgh, it is probably 350 basis points. We’re not saying the pricing will get to Manhattan levels in Pittsburgh or in Charlotte, but it shouldn’t be that big of a spread for good, stabilized real estate.”

Jim Fetgatter, chief executive of the Association of Foreign Investors in Real Estate and moderator of the U.S. market panel, said the topic is extremely timely. “It sort of reflects what a lot of people have been saying about the U.S. market – ‘It is fully priced and are there any bargains left?’ ”

The Washington, D.C.-based executive described the U.S. real estate market as “fairly balanced” and noted that characterization will be the title of his association’s conference next year.

“It is fairly priced and balanced, at least if you are talking about downtown core properties,” said Fetgatter. “The money went there first because everyone was looking for security and safety and that is typically what they do first. Then our foreign investors are still to a great extent doing that.”

Just what that means for real estate in the States over the long term is what Fetgatter hopes to delve into during the panel discussion. “One of the questions we need to ask is, ‘Is this really a bargain anymore if you are paying a 4% yield?’ One of the answers of course is that the fundamentals are going to get better.”

The panel, which also includes Brookfield Property Group managing partner David Arthur and Susan Wallace, executive managing director, private equity, with USAA Real Estate Co., will also identify some of the funds which were early investors and are now leaving the sector; the prominent buyers and sectors for various property types; and potential problems ahead for investors.

The strength of the U.S. economic recovery, direction of interest rates and the future of cap rates will also be discussed.

Those big questions are, perhaps surprisingly not a major concern for one of the participants. “We’re blessed with a big country and lots of industrious people,” said Blue Vista’s Byron. “I tend not to worry about the recovery of our economy. There are going to be more people in the U.S. tomorrow than there were today. We’re going to have a recovery, it is too big a country, there are too many smart people trying to get ahead to have a stall-out.”

The Global Property Market will be held on Tuesday, Dec. 3 in Toronto.  For more details visit  www.realestateforums.com.