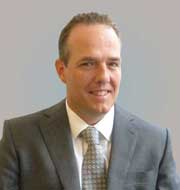 Avison Young has ambitious plans for Drew Koivu in his role as principal and managing director of its new U.S. Apartment Fund (TSX: UMF.A.)

The recently hired multi-residential real estate executive has been charged with growing the fund by five times its current size over the next two years. “We would like to grow it to a couple hundred million in equity over two years,” Koivu said.

The fund envisions a five-year “hold” of the properties after that rapid expansion to add value and prepare it for another step in its evolution, such as a sale or conversion into a trust structure.

“At the end of the day, five to seven years from now, we would like to take it out as a REIT or sell it to a U.S. REIT or pension fund once we have consolidated and created a nice little platform that has some synergies to it,” Koivu said.

Avison Young’s U.S. apartment fund was started last year and has grown quickly: today it comprises 53 garden-style, multi-residential properties containing 17,290 units in 10 major metropolitan markets in the U.S. Southeast and Southwest. The fund will have approximately $40 million in assets when a pending deal in Memphis is completed in the next few years.

While the business model of a real estate brokerage creating and operating investment funds is not widespread, it has been done before with success.
“It is a model that has been used by CBRE in the States pretty effectively as a one-stop shop for pension funds and fund advisors,” Koivu said.

Erixon, who ran the fund prior to Koivu’s hiring, will concentrate on the creation and launch of new funds, Koivu said.

Avison Young is not exactly breaking new ground with its focus on the higher-tier, U.S. apartment market. Outfits such as the U.S.-based Milestone Apartments REIT, which launched this year, and the Pure Multi-Family REIT out of Vancouver have found success hunting for value in southern and southwestern U.S. cities.

There’s plenty of differences between the U.S. and Canadian apartment markets. Until recently, price was the most obvious as values slumped in the States following the recession. The bargains have disappeared as investment money has flooded into the market but the U.S. remains a preferred hunting ground for the likes of Milestone, Pure Multi-Family and Avison Young because of its far greater size and liquidity.

“I think the Canadian market is fully priced, it is nice and stable,” said Koivu. “There is just a different mentality down in the States, there is more of a trading mentality because of their tax regime allowing you to roll over your profits from one sale into a similar investment. So for the last 30 to 40 years there has been a much more fluid marketplace.”

Through active management and the use of non-recourse, assumable fixed-rate debt, the fund will focus on appreciation and positive cash flow as markets improve. The fund, open to accredited investors, is paying out eight per cent annually currently.