Voting ended on May 29, but it could be few weeks before it’s known if Metro Vancouver residents agree to financially support a transportation infrastructure investment program. 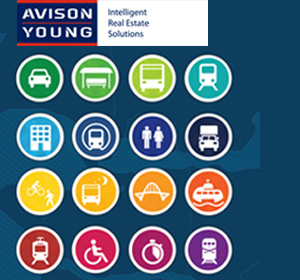 The transit plebiscite asked Metro Vancouver residents if they were in favour of  a 0.5-per-cent provincial sales tax increase within the region to pay a one-third share of the 10-year, $7.5-billion program.

The outcome could have wide-ranging repercussions, which prompted Avison Young’s Vancouver office to compile a research report providing a commercial real estate perspective on public transit and transportation infrastructure investment within Metro Vancouver.

“We’re involved in selling and leasing commercial properties that follow residential development, whether it be retail space or office space. When you have a stable source of funding for public transit, developers are able to plan projects and execute them on a timeline that they know is going to happen.

“When people are unsure about what’s going to happen in the future, they’re hesitant to make investments, buy property and kick off projects.”

While the plebiscite is non-binding, Petrozzi believes public support for a stable source of funding dedicated to public transit and transportation infrastructure is crucial, especially since municipal politicians, business groups, and environmental, labour and non-governmental organizations are all onside. A majority of 50 per cent plus one will be considered decisive.

In addition to being a key driver of economic activity and development, environmental and health benefits also come along for the ride with extensive public transportation systems by taking cars off the road and reducing pollution and congestion.

Research shows congestion costs Metro Vancouver residents $487 million annually, not including almost $600 million in lost business revenue and a $340-million reduction in regional gross domestic product. An additional 1.4 million residents are expected by 2041, which could result in 700,000 additional vehicles on the road.

Metro Vancouver’s Regional Growth Strategy, approved in 2011, called for the development of “complete communities” designed to support walking, cycling, public transit and healthy lifestyles. The development industry has recognized the importance of projects being linked to rapid transit and has contributed millions of dollars in recent years to upgrade old rapid transit stations and build new ones.

Studies have also indicated that property values and lease rates increase in areas around rapid transit service, with buses having less of an impact.

Transit-oriented development is taking place around SkyTrain nodes in the downtown core and suburbs, including projects in Burnaby and Surrey and on the seven-station, 11-kilometre Evergreen transit line that’s expected to open in the fall of 2016 to connect Coquitlam to Vancouver via Port Moody and Burnaby.

“A lot of it is mixed-use, transit-oriented development with residential being built with retail in the podium,” said Petrozzi. “There’s some employment space being put in these projects as well.”