Bayfield REIT has a nice ring to it – except that it never happened. Last year, Toronto’s Bayfield Realty Advisors Inc. looked at turning itself into a REIT and ultimately decided against the move.

“I didn’t feel good about the market, so we didn’t,” Harold Spring, Bayfield’s president and CEO, said in a phone interview. “We thought the market just might not be as good when we came to market and we didn’t want to take the risk.”

As it turns out, it was a good move. The REITs have lost about 30 per cent in their value over the course of the year.

It’s the sort of prescient management that has helped turned the acquisition, asset management and development firm into a player in the retail market in the last eight years. 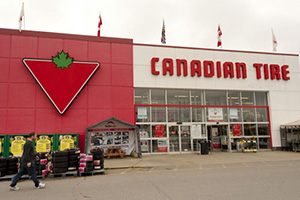 A player in the retail market

Since acquiring its first property, a small shopping plaza in London, Ont., the company has grown its portfolio to about $650 million and some four million square feet across Canada.

Bayfield’s specialty is acquiring and then redeveloping malls that it believes have been mismanaged or improperly merchandized. The company looks for strip malls and power centres it can snap up. “If there are vacancies, we think we do better with them,” Spring said.

Given the mix, it’s not surprising the company seriously considered converting to a REIT last year. After all, retail REITs are currently the hot format, with Sobeys, Loblaw and Canadian Tire all jumping on the REIT bandwagon.

Even so, the REITs don’t hold a lot of appeal for Spring. He opines that Loblaws and Canadian Tire won’t attract many investors because the assets of the two REITs are their own properties.

“They’re on the low side as far as returns. The REITs will never provide big returns – secure returns, which older people like – but they’re never going to appeal to the broad base of investors,” Spring said.

Sobeys is a different matter, Spring said. They’re a competitor on the food-anchored strip malls, because Sobeys not only have their own stories in their portfolio, but also anchored shopping centres.

Spring has more than 25 years in the real estate business, starting  out by developing and building homes, condos, industrial buildings and strip shopping centres in Canada and the U.S. In the late ’90s, he identified the retail market as ripe for investment and with an associate began acquiring and redeveloping shopping centres and street retail properties.

In 2005, Spring began Bayfield, first drawing on private investors and then expanding to include institutional investors. Today, one of the firm’s major partners is RioCan, which relies on Bayfield to focus on individual assets for them.

So far the one area that’s eluded Bayfield is the Maritimes. The company previously bid on a couple of properties in the region, but lost out to a competitor. Spring said Bayfield will wait for the right opportunity rather than just jump into the market.

“We’re value-conscious,” he said. “We like to make money with what we buy.”

In early October, the company sold its half interest in a Toronto office tower. Originally purchased for $21.25 million in 2009, Bayfield sold its share in the building for $30 million.

Spring said the building didn’t really fit with Bayfield’s mix of property. “We bought it as an opportunity four years ago. I decided there was a lot of class A space coming on the market and I thought now is the time to do something.”

To stay competitive, Bayfield hunts for property in the better secondary markets. “I think retail is the best sector for the foreseeable future, at least in the next couple of years or so. Consumers support the retail business and I think the retail properties aren’t going to get into trouble.”