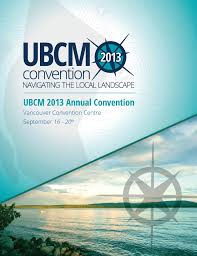 British Columbia’s municipalities are trying to avoid imposing new taxes on residents and have released a report suggesting some alternatives. The report will be formally presented at next week’s Union of B.C. Municipalities Convention, where approximately 1,000 members will try to secure a resolution to see its recommendations put into action.

The report comes at a time when towns and cities right across Canada are struggling with costly infrastructure requirements.

Titled Strong Fiscal Futures: A Blueprint for Strengthening BC Local Governments’ Finance System, the report is meant to point the way for municipal governments to reduce their reliance on property taxes.

The committee said those targets are “consistent with a local government goal of eliminating the infrastructure deficit within 20 years while maintaining the lowest tax and debt levels within Canada.”

The report carries a number of recommendations, including revenue sharing with the province, where funds would be placed in an “infrastructure and community development bank,” and distributed to local governments annually.

Frank Leonard, Mayor of Vancouver Island’s District of Saanich, said the report essentially boils down to the provincial government sharing its revenue in years where revenues are up, to help the municipalities meet their water, sewer and transit needs.

“Our research shows on average that two of every five years they had revenues over and above their average year. For example, if their revenues go up three per cent a year on average, there’s a couple of years in a five-year span where they go up four to five per cent,” Leonard said.

“What we’re proposing is to sit down and talk to them about sharing some of those prosperous years’ revenues.”

How likely is it that the province will agree to such a proposal? “Obviously, some of us think it’s a good idea,” Leonard joked.

More seriously, he said that if it’s a good idea, he’s optimistic it will succeed. That said, he won’t predict the final outcome. 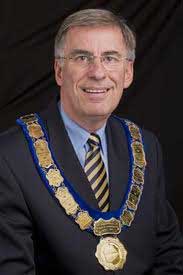 “But the concept is, don’t tax more of the existing taxpayers. Find a way to tap into those revenues which reflect growth in the economy and ask the province to share those.”

The cost of infrastructure is a major concern. The report shows that to comply with new federal law, upgrades to two Vancouver sewage facilities alone will cost approximately $2.5 billion.

Urban areas are also no longer attracting major industrial parks that result in a big increase in taxes, Leonard said. Instead, he said it’s a couple of guys in their 20s who set up shop above a store, do a great business, make plenty of money and pay very little in the way of property tax.

“They’re a tech business connected to the world,” said Leonard, who noted that 25 years ago a business generating that kind of income would also produce a lot of property tax. However, that’s not so much the case these days.

“Residential taxes are cheap,” he said. “Home prices in Vancouver are millions of dollars. Nobody complains about their property taxes.”

Sullivan said he’d support the municipalities’ proposition that they split revenue with the province in good years, so long as the revenue is earmarked for capital projects and that the efficiency in delivery of those capital projects is measured and compared on an annual basis.

“Maybe the local municipality is going to more effectively implement those plans, but it sure as hell isn’t going to be general revenue for the municipality,” Sullivan said. “Because that’s the dog that’s always hungry.”

Leonard noted that one of the sections in the report emphasizes excellence, meaning best practices and controlling costs. “So it’s not all about new revenue. We are recognizing taxpayers everywhere expect us to manage our expenditures and do a better job.”