“Billy BOMA” is leaving the building.

After 34 years as president of Building Owners and Managers Association (BOMA) Calgary, Bill Partridge will retire on Friday. 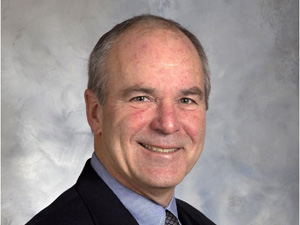 The man who was dubbed “Billy BOMA” by former Alberta premier Ralph Klein, and adopted the moniker as his Twitter handle, has seen plenty of changes since moving to Alberta from Ontario with a masters degree in urban and regional planning from Queen’s University in 1973. He worked for the City of Calgary and Cohos Evamy (now Dialog) before going into private practice, when he was asked by members of Calgary’s commercial real estate community to help defeat a proposed downtown master plan.

The plan was dead within a few days and, with that victory, Partridge was asked to head the 85-member local — which had no money to pay him since it had never previously had a full-time leader.

“One of the first tasks I had to do was to go out and convince people to give us money,” said Partridge.

“There was a learning curve for me because I was trained as a planner and not an association manager, so I had to learn about governance and the non-profit sector and so on and so forth.”

Partridge received a certified association executive designation and what he originally envisioned as a five-year commitment turned into a career spanning four decades.

“It’s a fascinating organization and doesn’t resemble the organization I joined 34 years ago,” Partridge said of BOMA’s evolution.

“It’s a natural human trait to resist change, and to convince the industry to change and the association to change with it did not happen without a great deal of challenge. And in one way or another, we overcame some of the barriers and affected change. The industry has grown. We now have 11 local associations versus five when I started.”

Partridge had a hand in getting locals off the ground in Halifax, Ottawa and Saskatoon and also played a part in the creation of BOMA China. That was far from his first international experience with BOMA, however, as he’s had involvement with the organization in the United States and is the only Canadian to serve as chair of BOMA International’s association executive council, which is comprised of senior staff people from 109 BOMA locals.

“It’s afforded me to make contacts and develop good relationships with people from around the world, which I never would have been able to develop if it weren’t for my role in BOMA,” said Partridge.

Closer to home, BOMA Calgary was the first Canadian local to launch a website and, in 1990, it hosted the inaugural BOMEX national conference and trade show. Partridge started a local awards program that soon went national and is now known as The Outstanding Building of the Year (TOBY) Awards. He proposed BOMA’s Earth Awards being presented nationally and successfully lobbied for them to be given out south of the border as well.

Partridge launched the annual BOMA Calgary Building Guide and developed online training that’s used across Canada and by a number of U.S. firms.

“The successful advocacy efforts that we’ve had over the years have saved the industry hundreds of millions of dollars in avoided costs,” said Partridge, who noted much of that resulted from obtaining tax deferrals. “A lot of the things we’re doing with development are more difficult to measure.”

Calgary’s population has tripled since Partridge’s arrival and the real estate market has enjoyed a sustained boom period. He’s confident that, despite the recent drop in oil prices, Alberta’s economic engine will continue to grow. He takes a long-term view and noted there’s approximately four million square feet of office space under construction in Calgary and another “four or five million square feet waiting in the wings” to be built.

“I’m very optimistic about the future of our industry. The industrial building sector is growing at a much more rapid rate than the office sector. As Calgary emerges as a major inland distribution port, it’s going to need more space. Retail space is going crazy.

“This is where jobs are, and we need to get people out here to fill those jobs. They’re going to need all the support they can to live here.”

BOMA Calgary has grown with the city. It has nearly 600 members, making it the second-largest local in Canada, and the former one-man operation now has four other employees: government and regulatory affairs director Lloyd Suchet; marketing and communications manager Aydan Aslan; accountant Liz Krill; and administrative assistant Ashley Grennier.

Next Gen committee launched in 2012

BOMA Calgary’s Next Gen committee, for members 35 and under, was launched in 2012 to broaden the membership base and attract and nurture future industry leaders.

“Our role has become much more sophisticated and much more engaging, and one of the things I particularly see myself as the champion of is recognizing and promoting younger talent,” said Partridge. “We have to support, encourage and mentor them and get them involved.”

There are so many people who’ve influenced and impacted Partridge’s career he declined to name any for fear of omitting someone. He said there’s a “BOMA family” around the world, but he particularly feels it in his local.

“People have an intense loyalty to this organization compared to other organizations. We’ve had members here who have been members in other locals in Canada or the United States and they come to Calgary and say, ‘Wow, we thought we had it good where we were. This is amazing how open you people are, and how helpful and encouraging.’”

Partridge has no immediate plans for when he finds himself without a job next week, but he’s not without options. He could keep a hand in the real estate industry in some way, and there are volunteer opportunities he’d like to pursue as a means of giving back to the community.

“I’m not going to sit on a porch and rest away and drool,” he said. “The phone’s been ringing, but my standard answer is: ‘That sounds kind of cool. Why don’t you call me in six months?”