Although BlackBerry’s downsizing and real estate sell-off have given suburban Waterloo the highest office vacancy rate in the region at 22 per cent, record-breaking investment sales in 2014 and strong market fundamentals are providing grounds for optimism. 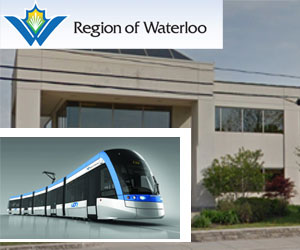 A growing and highly educated population thanks to two universities, an established cluster of technology-driven businesses, and easy access to major highways and cities already make Waterloo Region attractive, and the first phase of a 19-kilometre light rail transit (LRT) system scheduled to launch in 2017 is adding to the interest.

“Real estate investors, developers and buyers are and have been influenced by the LRT since the money was committed about two years ago,” said Karl Innanen, managing director of Colliers International Waterloo Region, which recently released a report on the area’s office and industrial properties.

“It’s seen as a smart move getting out in front of the growth and traffic congestion that we’re going to have. People who understand it and know it well, who are generally the larger regional and national developers, are really behind it and looking for sites on the LRT line.”

Michael Wekerle and his Waterloo Innovation Network’s recently completed purchase of six buildings in the BlackBerry portfolio, and option on a seventh, demonstrate there’s a belief and commitment to the region.

Other private capital investors aside from Wekerle are also active in the market, which had a record-breaking 2014 with more than $1 billion in investment sales. The average amount over the past 10 years was $625 million. Much of the difference is accounted for by the BlackBerry portfolio and the $147-million sale of Sun Life Financial‘s Kitchener-based headquarters to British Columbia’s Concert Properties. (Related article: Concert Properties positioned for significant growth, Property Biz Canada, Oct. 10, 2014)

BlackBerry sold much of its real estate to San Francisco-based real estate investment company Spear Street Capital last year for $305 million, but has leased some of it back.

Colliers is working with Spear Street to lease the remaining space. Waterloo Innovation Network, meanwhile, is looking to lease what hasn’t yet been rented in the 350,000 combined square feet of BlackBerry property it purchased from Spear Street for $47.9 million.

“There were some others looking at them, but Waterloo Innovation Network has been very decisive and quick in making decisions and has built a trust and rapport and I’d even say a relationship with Spear Street,” said Innanen.

“After closing six buildings, people will look at your deal rather than somebody else’s. It’s almost a symbiotic relationship between the two of them.”

Waterloo Innovation Network’s smaller buildings are suitable for tenants looking for spaces between 2,500 and 10,000 square feet, while Spear Street has kept larger buildings and is redeveloping one of them to incorporate needed amenities to serve all of the workers — including thousands of University of Waterloo co-op students — in the surrounding offices.

“Now that Blackberry has contracted, it’s almost created a vacuum up near the university, which is the best location to capitalize on the intellectual capital coming out of the universities,” said Innanen. “So we have seen a lot of interest in the buildings that we got to lease from the Spear Street portfolio by the University of Waterloo.”

Downtown Kitchener had struggled for years, but was given a revitalizing boost when Google moved its Canadian development headquarters into The Tannery Building on Charles Street West in 2011. It has since signed on to lease 221,000 square feet of space at nearby Breithaupt Block, a redeveloped former rubber manufacturing plant.

Google gave downtown Kitchener a cool factor and smaller tech companies moved in to restored brick-and-beam buildings that were formerly factories and took advantage of amenities in an area close to King and Victoria Streets. Even Colliers moved its regional office into a renovated 1960s office tower in the neighbourhood last year.

But parking costs average $180 a month, which is covered by many employers, and those additional expenses have some companies again looking to suburban Waterloo. Along with free parking, the well-built and now available former BlackBerry properties feature superior infrastructure and modern equipment.

“We’re seeing people rush back into that space,” Innanen said of the area that has historically had the lowest vacancy rate in Waterloo Region.

Tenants will pay more to get what they want

Tenants are willing to pay more for what Colliers International vice-president John Frezell called “a flight to productivity, to higher building efficiency, to employee retention and to creating culture.”

That thought process applies to both office and industrial space, and Innanen said Waterloo Region has seen a move from big, old manufacturing plants to warehouse and distribution facilities with high ceilings and ample loading space that are close to transportation routes.

Cambridge accounts for about half of Waterloo Region’s overall industrial inventory, and it’s growing faster than Waterloo and Kitchener as the city is focusing its economic development activities on the industrial sector.

The average industrial size lease in Waterloo Region is in the 25,000-square-foot range, and Innanen advocates for more of it being built since it could easily be rented for a good rate as long as it’s class-A and well-located.

While there’s a seven-per cent vacancy rate for Waterloo Region industrial properties, Innanen said that drops down to less than three per cent when older class-B and C buildings are stripped out. Some of these inferior properties have been vacant for years, leading Innanen to conclude “the market for industrial C-class space isn’t oversupplied, it’s under-demolished.”