Cominar REIT is set to acquire a  building portfolio from Ivanhoe Cambridge for $1.527 billion and an allotment of trust units. 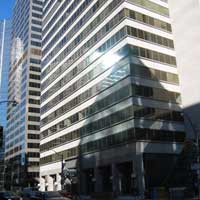 The landmark transaction between Quebec-based Cominar and the real estate arm of the Caisse de dépôt et placement du Québec, announced Tuesday, will make the REIT one of the leading providers of retail space in the province and raise the value of its assets to $8.1 billion.

The total value of the transaction for Cominar is estimated at $1.63 billion, including ownership interests of partners of Ivanhoé Cambridge in two of those properties.

The portfolio consists of 15 properties in Quebec and Ontario including 10 enclosed shopping centres and a retail complex.  It also includes three office properties and one industrial property for a total of 5.78 million square feet of gross leasable property.

A much larger REIT

The acquisition will expand Cominar’s asset base by 25 per cent. It will also diversify the REIT by asset type, increasing its retail net operating income contribution from 24% to 38%, with office at 44% and industrial and mixed-use at 18%.

The deal was reached with considerable support from Ivanhoe Cambridge in the form of  a $250 million equity private placement in Cominar.  Ivanhoe will become the largest unit holder at 8.5% behind the Dallaire family, Cominar’s founders. Cominar will also inherit 120 Ivanhoe employees.

Acquisition of 55 University Avenue (shown in image), a class-A office tower and a suburban retail property in Toronto will strengthen Cominar’s presence in Ontario although the overall geographical distribution of the REIT’s properties will largely remain the same.

The transaction is expected to close as early as Oct. 1. There is an implied cap rate of approximately 6.5% and the properties will be  immediately accretive on a leverage neutral basis to Cominar’s adjusted funds from operations per unit, according to the REIT.

“We are most pleased to welcome Ivanhoé Cambridge as a major unitholder, and to be able to work in close co-operation with them,” Michel Dallaire, Cominar’s president and chief executive officer, said in a statement. “Ivanhoé Cambridge is a world-class real estate company and we can only benefit from their leading expertise in the retail sector.”