The second quarter of 2015 was the busiest in five years for commercial real estate property sales in Greater Vancouver, and continued growth is expected across all asset classes. 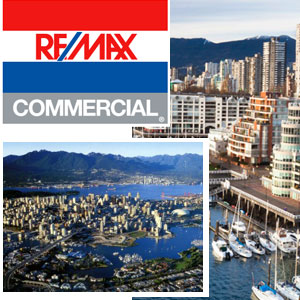 “People are seeing the trend in the value of land going up and they want to get into it,” said Vancouver-based RE/MAX Commercial Advantage managing director Moojan Azizi. “They don’t see it going down.”

The Real Estate Board of Greater Vancouver reported there were 1,111 commercial property sales in the first half of 2015, compared to 974 during the same period in 2014, and 591 in the second quarter alone. Activity in commercial and industrial land — as well as office, retail, and multi-family residential properties — has driven sales.

Land is most in-demand property type

Land is the most in-demand property type and long-term investors, primarily smaller developers, are pushing that in the suburbs. With interest rates near historic lows making borrowing inexpensive, it’s viewed as a safe long-term investment.

While there’s lots of construction going on, Azizi said there’s also a fair amount of “land banking” as investors purchase and hold it without building right away.

Most purchases are still being made by local investors, though you may not believe that if you just go by news reports, according to Azizi.

“Out of 100 sales, maybe five are to offshore owners, but they get all the media hype.”

Retail lease rates are down slightly, though demand remains good for well-located product. There’s been a recent shift to Cadillac Fairview’s CF Pacific Centre, while high-end tenants are moving to Alberni Street.

Vancouver’s office vacancy rate was 10.9 per cent at the end of the second quarter, due in part to the completion of four new buildings that brought 1.3 million square feet of space to the market. Azizi said this has prompted some landlords to offer deals and incentives to attract and retain tenants.

“There’s a lot of sublease space and there are four new office towers and a few more under construction and some planned for the future. It’s a bit of an oversupply of office space.

“The vacancy rate has gone up from four per cent to 10 per cent, which is somewhat normal for larger cities. But for Vancouver it’s abnormal. It’s usually a landlord’s market but today it’s a tenant’s market.”

There’s been positive absorption in the suburbs, particularly Surrey, which had an office vacancy rate of more than 20 per cent last year. This has lowered vacancy rates to just above 15 per cent.

Azizi believes similar absorption will occur downtown, based on overall growth of the market, demand for high-quality and well-located product, and the track records of the companies involved.

“These landlords that are building are huge companies like Cadillac Fairview, Bentall and Ivanhoé Cambridge, and they know what they’re doing.”

The technology sector is expanding in Vancouver, and the low Canadian dollar and favourable tax incentives are spurring growth in the city’s film industry. A newly released RE/MAX report notes Sony Pictures Imageworks recently moved its headquarters from Los Angeles to a 74,000-square-foot space above the newly opened Nordstrom store in the CF Pacific Centre.

This development is mainly in the suburbs, where the growth of e-commerce has driven demand for warehouse and shipping facilities.

“I don’t see a downturn,” said Azizi. “Vancouver is becoming more known to the world and land is seen as more valuable.”