Where other REITs have aimed for aggressive expansion, BTB is showing slow and steady may be the best growth strategy. 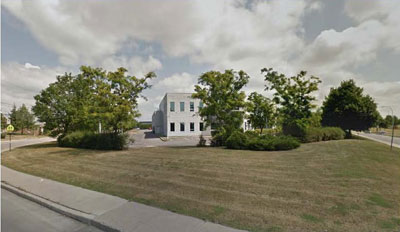 The other industrial building in Sherbrooke is a combination laboratory and office that has about 15,000 sq. ft. of leasable space.

The S.M. Group, an engineering company specializing in construction, restoration and infrastructure management, is leasing all three buildings.

The new properties fit well with BTB REIT’s cautious investment strategy which is focused on the mid-market office, retail and industrial segments in Quebec.

By concentrating on that market, BTB says it mines a “favourable risk/return investment environment with fewer national competitors . . .”

The strategy appears to be working for BTB, which is still slowly acquiring properties while other small REITs have placed purchases on hold. In recent months, the financial environment for smaller REITs has tightened considerably, with a couple of attempted IPOs falling by the wayside.

One of the latter included Brossard, Que.-based BLF REIT, which announced in early that it would not move ahead with a proposed public offering, citing “fluctuations in the real estate capital markets.”

A couple of recent reports criticized the province for having the highest tax regimes in the country and directly tied greater tax burdens to decreased investment.

None of that seems to have stopped BTB, although the REIT’s 2013 investments have been lower than in previous years.

Following its IPO, BTB quickly expanded its portfolio between 2007 and 2008. After apparently making no purchases in 2009, it moderated its acquisition program from 2010-2012.

Over that time period, BTB has assembled an interesting portfolio, much of it leased. Their tenants include the Government of Quebec, the head office and distribution centre for a regional grocery store chain, and a number of distribution warehouses.

Others include several strip malls as well as a number of buildings in Ontario, including in Ottawa. The latter feature such tenants as the Toronto-Dominion Bank, LCBO, and the City of Ottawa.

BTB’s other 2013 acquisitions have included a 50 per cent interest in a multi-tenant retail complex in Saint Lazare and an industrial property in Laval.