Shareholder preferences are the driving force behind Killam Properties Inc.’s proposed conversion to a REIT structure, rather than any underlying changes to its strategy, portfolio or operations. 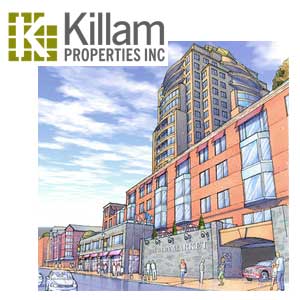 The Halifax-based real estate company (KMP-T), which announced earlier this month shareholders will have their say on the conversion in a December vote, was clear in its motivation for the change: boosting “long-term shareholder value by maximizing cash distributions to investors in the most tax efficient way possible,” in the words of Killam president and CEO Philip Fraser.

How will Killam the REIT be more valuable than Killam the real estate operating company?

Killam said its three-pronged growth plans remain the same: increase the profitability of its existing portfolio; expand its portfolio and diversify geographically through acquisitions; and develop high-quality properties in its core markets.

While Killam operates in the three Atlantic provinces, Newfoundland and Labrador, Ontario (Ottawa, the Greater Toronto Area, Kitchener-Waterloo), and Alberta, it is heavily concentrated in the Halifax market.

Killam is one of the country’s largest residential landlords with a portfolio of more than 173 apartment properties totalling over 13,700 suites, and 35 manufactured home communities comprising 5,165 sites.

Last year, Killam acquired nine apartment properties for a total outlay of $157 million. This year, owing to a hotly competitive multi-residential market in much of the country, it has completed only $4 million worth of acquisitions, down from its target of $75 million and annual average of about $100 million in recent years.

“We are certainly keeping our eyes open for opportunities,” said Dale Noseworthy, Killam’s vice-president of investor relations and corporate planning.

“We have capacity to add. Part of it is waiting for the market to cooperate in terms of sizeable acquisitions; like anyone it is about cost of capital, but we do have some flexibility.”

Killam has made “a couple of unique acquisitions in Halifax this year,” she noted.

In April, it announced the $27.5-million acquisition of the Brewery Market and Keith Hall in Halifax and associated land for multi-res development (shown in the image).

The deal includes the heritage complex (an old Keith’s brewery dating back to the 1800s that houses 158,000 square feet of office and retail) and $5.2 million for a 50 per cent stake in adjacent vacant land where it intends to develop The Alexander, a 240-unit multi-residential property.

In August, it also announced separate East Coast buys of $8.3 million and $8.4 million, respectively, for a four-storey, 59-unit building in St. John, N.B., and a cluster of commercial and residential properties in Halifax.

Last December, Killam purchased its first apartment asset in Calgary, a 50 per cent stake in Grid 5 Apartments, a 307-suite building in the city’s downtown for $50 million. An affiliate of KingSett Capital and AIMCo holds the remaining interest.

“We would like to grow our exposure in the West in the future,” she said.

It is also a good time to shop in the formerly red-hot Alberta market given the plunge in crude prices.

RBC Capital Markets analyst Neil Downey, who has an outperform rating on Killam stock, noted in a recent report the company has a long-term goal to grow its Ontario and Alberta holdings. It also aims to ultimately geographically balance its profits between Ontario, Alberta and those produced by its Atlantic Canada holdings.

Development projects, Downey noted, are key to “maintaining the quality” of Killam’s portfolio.

It recently completed Saginaw Gardens, a 122-unit, seven-storey concrete construction property in Cambridge, Ont., and began construction of the 142-unit Southport Development in Halifax, with 70 units to be built/owned by Killam as part of a mixed rental/condo building.

“We believe KMP will continue to build on a selective and measured pace,” the analyst concluded.