Crestpoint Real Estate Investments Ltd. has doubled its property portfolio over the past year, a growth spurt it attributes in part to less competition from real estate investment trusts after the sector was hammered by an uptick in interest rates.

“Probably some of our success is attributable to (the fact that) the REITs aren’t as active in the marketplace,” said Kevin Leon, the Toronto company’s president and chief investment officer. “We have seen some competition for product being not as great as it was over the first half of last year.” 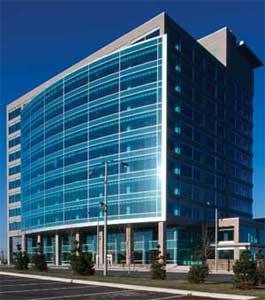 Crestpoint, which operates an open-ended fund that attracts money from institutions and high-net worth investors, this week announced five property acquisitions in Toronto, Vancouver and Montreal, and said that the value of its portfolio has more than doubled over the past 12 months to approximately $600 million.

“What we are finding is there is still a lot of competition for good quality assets, it is just that sometimes the depth of the market isn’t quite there and if you get into some assets that are a little smaller or active management needed, you are not seeing quite as much competition,” said Leon.

The Crestpoint president said the company’s investment preference is for properties boasting long-term tenant leases as well as those requiring some tender loving care and attention to attract the right mix of tenants.

Coming off its most active year since the real estate company started up in 2010, Leon expects a healthy pace of investment from its investors once again pushing the pace of acquisitions in 2014.

“The comment I make to investors and the team here is we are still pretty bullish on the market,” Leon said. “I think you have to be slightly cautious that interest rates have stopped going down and in fact are going up. So if you are going to create value in the marketplace, we think you have got to pay a lot of attention to operations and grow the cash flow because cap rates are not necessarily going to compress any more.”

That outlook will translate into acquiring “good quality assets” and financing them to the longest term possible. The company currently looks for leverage of about 50 per cent on its acquisitions and it expects to lower that slightly when interest rates start rising.

Leon said his company is also a big believer in the so-called re-urbanization trend that can be seen in the glass forests of condo buildings in major cities such as Toronto and Vancouver.

“We are big proponents of the demand for urban living; we think that bodes well for urban retail and a certain extent urban office as well,” he said.

Office, but not necessarily

While it does not purchase downtown office trophy assets or super-regional malls, Crestpoint has a pretty good sense of the pulse of the market as it has made recent real estate investments across much of the country in most asset types. Today it owns a portfolio of 3.5 million square feet of retail, industrial and office properties nearly equally divided in its open-ended fund.

Currently, about 50 per cent of the company’s investments are in the office sector, but its investment approach is to buy where the deals make sense.

“If we think the office market is getting a little bit toppy in pricing and we think the leasing rates are going to come off a little then we will slow down our office acquisitions and concentrate on retail and industrial,” he said. “And also it allows you to concentrate on different markets.”

Leon said that the property type attracting the most interest in the last six months or so has been “very good industrial properties” which feature high clearance heights and ultimate functionality for tenants.

“That was an existing partner we had in Montreal that did a design build and we were able to buy half of that building,” Leon said, “so we were able to buy that without being in a competition. But I would say industrial class A property is very hard to buy now.”

The other acquisitions Crestpoint announced this week include:

– SteelesTech office complex in north-east Toronto – shown in the image – (“one of the best suburban office developments in the country,”) which is made up of four buildings (644,000 sq. ft.) on 45 acres with 20 acres available for future development,  easy access to public transit and major highways, and a tenant roster of exceptional quality;

Crestpoint said there are some common characteristics for all those acquisitions: they are fully leased to “high-quality tenants” and most rents are below market rates, which translates into higher future income potential.