Busy times ahead for Fengate in wake of $220M purchase

After a relatively quiet 2013, Fengate Capital Management Ltd. has kicked off the new year with a bang.

The Toronto-based asset manager announced this week the $220-million acquisition of six class A office properties and an 11-acre parcel of land in the GTA cities of Burlington and Oakville. 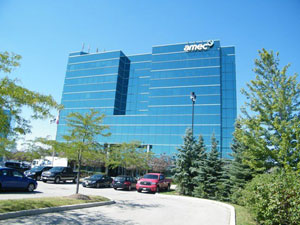 Fengate’s purchase was made through one of Fengate’s managed funds for LPF Realty Inc., the real estate arm of the Labourers’ International Union of North America’s Pension Plan.

Lou Serafini, president and CEO of Fengate Capital, called the acquisition “a unique opportunity for LPF Realty Inc. to acquire a portfolio of well-located, class-A office buildings. We believe this transaction will add value to the existing portfolio for our investors.”

The properties, which total 784,424 square feet, include:

“We just started again to be active, we are going to be more and more active now,” said Marc Dore, a managing director at Fengate and CEO of its Seasons Retirement Communities fund. “In everything, raising funds, buying/selling assets to improve the capital portfolio of our investors.”

Why now? It is not a market cycle driven decision but rather reflects the fact Fengate has emerged from its last growth spurt. “Infrastructure grew real fast for us and obviously we had growing pains. . . . Now that the foundation of the group is solid, we are going to work on our real estate business – actually both businesses,” Dore said.

Fengate currently has about $1.6 billion of assets under management. Approximately half of that is invested in infrastructure – hospitals, prisons and biomass projects – with the other half in commercial real estate.

The asset manager’s investment pile is expected to soon grow as it intends to raise capital for a number of its funds.

“We have no other deals in the pipeline, but we are working right now on our retirement home fund in terms of fundraising,” said Dore. Fengate hopes to raise about $250 million for the retirement fund and deploy it over the next three to five years, he said.

Fengate also wants to raise as much $500 million for its international infrastructure fund which will be primarily invested in the United States with a smaller amount earmarked for the United Kingdom.

Fengate has also opened an office in Australia with an eye to creating $100 million in equity to bankroll an infrastructure investment fund Down Under.

In addition to its retirement home funding plans, Fengate also wants to raise approximately $150 million to invest in commercial real estate either by creating a new investment fund or opening one of its existing funds to new investment.

Fengate’s investment dollars come from mid-sized pension funds and high-net-worth individuals, except for its infrastructure funds which target only pension funds as investors.

Infrastructure investors have too long an investment horizon for most individuals, said Dore. “You and I would like to have it, with double-digit returns over 30 years. I would put my RRSP there.”

Fengate, described by Dore as an “alternative asset manager,” has expertise in public-private partnerships, independent power projects and real estate developments with an eye to investments across North America and select international markets.