The push to promote higher-density infill development and to increase consumer desire to live closer to the city centre is fuelling an upswing in the Calgary urban land market.

“We’re seeing double the people looking for infill development sites than there were a year ago,” says Barclay Street Real Estate vice-president Jeff Robson. “Prices are all over the board, but seem to be going up per square foot.”

That’s what’s happening in the southwest Calgary Marda Loop area. Single homes built in the 1930s are being bought up and the land rezoned for higher-density, mixed-use development.

“We recently sold about 22,000 square feet of land in Marda Loop for a proposed main-floor retail and three floors of residential, one- and two-bedroom condos,” says Robson. “There’s room for more of this in Calgary, given our 1 zoning to 1.5 per cent vacancy rate. We’re seeing empty-nesters, single professionals and young couples and families who want to be closer to the city.” 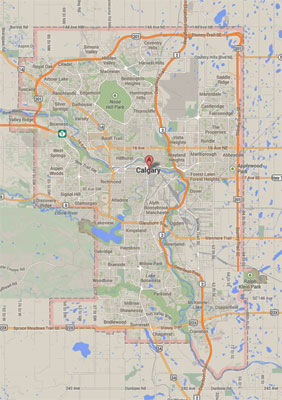 Neighbourhoods like Hillhurst, Kensington, Mission and Richland close to the Beltline, immediately south of downtown Calgary, are garnering the most attention for land-assembly and development.

“Land prices in the Beltline have gone up 20 to 25 times in a 15-year time frame,” says Harvey Russell, CBRE Limited vice-president. “Fifteen years ago, there was no demand for high-rises, now there is and land developers will pay 20 times more than they would have years ago.”

Russell says the City of Calgary, like many Canadian municipalities, is encouraging infill development over suburban development and that’s changing the land market.

He says the majority of developers and builders used to look for land for suburban development,  but are now moving to infill sites. That means everything from approaching blocks of homeowners to explain they can get more by selling their properties  for redevelopment rather than selling as individual houses and scouting out remediated land that may have once been used for gas stations.

Karen Barry, owner of Barry Commercial, a boutique Calgary land broker, says raw land isn’t flying off the shelf, but it is trading, which is a change from a few years ago.

Her firm currently offers more than $60 million in property across Alberta.

“We’re doing a lot of land right now. People are looking for favourable properties, those that are zoned and ready to be developed within a three- to 18-month period,” says Barry. “Income-producing assets like retail plazas, industrial buildings, office buildings are highly sought-after in Canada.”

It’s the development potential of the land that helps set the price.

“What happened in our market is that everyone is chasing yields. There’s continued volatility in the underpinning economic factors, so investors are looking at income-producing assets. Land and recreational properties were the first ones to get hit in terms of demand and the last ones to come back,”  says Barry.

And recreational properties are sometimes  transformed into high-density neighbourhoods. Russell tells of entrepreneurs who bought a southwest Calgary golf course a few years ago and proposed a high-density housing development.

Not only did the city approve the proposal, they approved an even higher-density.

“You see a lot of mixed-use development in Vancouver with retail on the street, office space and high-rise residential. That is slowly coming to Calgary. It’s a transition that will take about 10 or 15 years,” says Russell.