Low oil and gas prices have hit Calgary’s commercial real estate sector the hardest among five leading energy markets across North America, and more pain could be in store before a turnaround takes place. 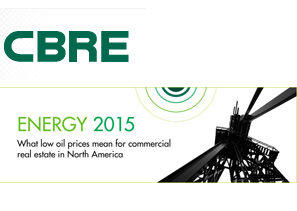 “We’re expecting to see some negative news in the remaining part of this year about company failures and mergers and acquisitions as it relates to real estate,” said Jessica Ostermick, a Denver, Colo.-based director of research and analysis for CBRE Group, Inc. who was involved in compiling a report on what low oil prices mean for commercial real estate in Calgary, Dallas, Denver, Houston and Pittsburgh.

“Some of these companies have borrowed money to be wildcatters and to be out there producing oil, and now lenders are coming to call on them and valuing their assets at the current price of oil and not at the much higher price per barrel that it was at when the money was borrowed.

“It’s all about timing. Without being able to forecast oil prices, which is very difficult to do, we just know it’s going to be volatile.”

High oil prices fueled an economic boom and fundamental strengthening across the office sector in Calgary between 2010 and 2014 before the downturn in prices weakened office market conditions, particularly in the downtown and central core.

As oil and gas tenants downsized, reduced costs put expansion plans on hold, Calgary became the only city of the five in the report to record negative absorption in the first half of this year.

With a rate of 8.5 per cent, Calgary has the highest concentration of oil and gas jobs of any of the cities in the report. Houston is next at 5.5 per cent, followed by Dallas and Denver at 1.1 per cent, and Pittsburgh at 0.7 per cent.

“When that industry contracts, it’s no surprise that Calgary is going to feel it first and that the impact is going to be sharper,” said Ostermick.

“The investment market in Calgary, particularly in the office sector, has been slow for the last few quarters,” said Ostermick.

“Investors are definitely still interested in Calgary real estate, but the buyer pool has shifted from institutional buyers to more private buyers. Institutional buyers really have limitations on the risks that they can take on while private buyers may be able to look into their crystal balls a year or two out and see a different story and may be more willing to take on risks.

“One of the things that’s holding up sales volumes and transactions is a difference in pricing expectations between buyers and sellers. Buyers are coming in and looking for discounts and deals and owners and sellers aren’t ready to discount their properties to that point yet.”

Calgary’s industrial sector hasn’t been affected nearly as much by the decline in oil prices, with Ostermick surmising that Edmonton and other exploration markets where warehouses are used for storing extraction equipment are feeling more of a blow.

A sluggish overall Canadian economy and store closures by Target and other chains have affected the retail sector more than oil prices in Calgary. With consumers paying less for fuel, that should leave more money for them to spend on other goods, but the report states that there have been few indications of that happening.

“The hotel sector in Calgary is definitely starting to show some weakness that’s tied to the office sector and related to business travel,” said Ostermick. “I don’t see it weakening too much more because cheap fuel encourages consumers to travel and spend money and be tourists.

“The lower to mid-tier hotel segment will outperform the luxury hotel segment for the next year because business travel has been cut down while tourism travel is picking up.”

The long-term outlook for oil and gas production in Canada is attractive to forward-looking investors, according to the report. Calgary has weathered price volatility in these commodities in the past and should recover from the current glut brought about by an oversupply of oil and gas from unconventional sources that became available a few years ago and lower than expected demand from China and other growing markets.

“Once that imbalance shakes out, the outlook for the oil and gas industries, the Calgary economy and the Calgary real estate market is positive,” said Ostermick. “It’s just a question of when we’ll get to that point.”