Many of Canada’s top shopping centres are doing better than ever thanks to recent enhancements and the addition of more upscale retailers, according to a new Retail Insider report. 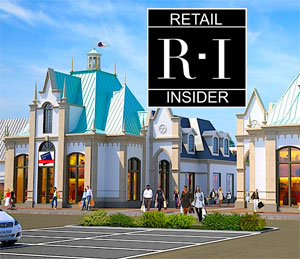 Some top Canadian performers have taken a similar route to success by reinventing themselves through replacing former anchor tenants that have seen better days — such as Sears and Zellers — and replaced them with mini-anchors that have smaller footprints but high sales. The report cited a prime example in Apple Stores, which in some Canadian malls see sales exceeding $50 million in only 5,000 to 10,000 square feet of space.

Another way that successful malls have managed to improve their performance is to add elements to compete with online shopping and power centres, including upgraded food and dining options, enhanced movie theatres, valet parking, concierges and other amenities intended to provide shoppers with convenience and more pleasurable experiences.

Sales at Vancouver’s Pacific Centre rose from $1,335 per square foot in 2013 to $1,498 last year, giving it the honour of being Canada’s top-performing mall.

Thrilled to be No. 1

“We’ve been working diligently to attract high-calibre international brands to the centre, brands that are a destination for our shoppers and create a natural cross-shop with our successful luxury retailers such as Holt Renfrew and Harry Rosen,” she said.

“There has definitely been an influx of tourists that have been coming to Vancouver, both international and domestic, that has attributed to the centre’s performance,” Ficocelli said.

“On top of our trusted cruise ship tourists, we are witnessing an increase in American tourists shopping north of the border, especially given the fluctuating currency. This strengthened tourism, coupled with a growing number of large-scale conventions in the city, has additionally attributed to the centre’s success.”

Although West Edmonton Mall‘s sales were $725 per square foot in total, they were about $1,200 per square foot when excluding Phases I and IV, according to the report’s sources.

In comparison, Forbes recently listed its top 10 performing American malls. Bal Harbour Shops in the Miami suburb of Bal Harbour was on top with sales of more than U.S.$3,000 per square foot. Other top properties included The Grove in Los Angeles ($2,100), Pioneer Place in Portland, Ore., ($1,855), the Woodbury Common outlet mall near New York City ($1,550), Forum Shops at Caesars Palace in Las Vegas ($1,515) and Aventura Mall in Miami ($1,500).

Here’s Retail Insider’s list of the most productive Canadian malls, by sales per square foot, in 2014: