Canadian commercial real estate investors are international heavyweights, but dominating the transactions are a handful of the largest companies.

Canadians are the largest foreign buyers of commercial property in the U.S. with transaction volumes reaching US$8 billion, according to transaction data from Real Capital Analytics. 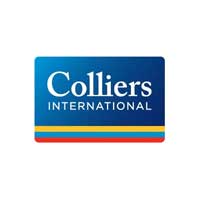 Yet, only 19 per cent of Canadian respondents in Colliers International’s 2014 Global Investor Sentiment Survey  identified the U.S. as their primary target.

The Colliers International survey was conducted in September and includes responses from 522 major institutional and private investors, including 38 of Canada’s largest private and institutional property investors.

The survey measured investors’ sentiment and outlook for the next 12 months on topics such as investment activity, market conditions and risk, access to debt, financing and asset valuation.

The largest number of respondents, 73 per cent, still consider Canada their main investment destination in 2013 and well into 2014 (81 per cent).

“Although the number of investors who indicated they tend to invest offshore appears small, the  impressive outflow of capital from Canada towards offshore investments, mainly south of the borders, indicates these investments are carried out by the largest players in the market,” David Bowden, president and CEO of Colliers International Canada, said in a statement.

Colliers said Canadian investors’ focus on domestic opportunities had a dramatic impact by asset type. The big story, of course, is retail and the REITS.

Retail investment surged 95 per cent over 2012, all the more impressive considering investment in commercial office space fell by 48 per cent.

The investor survey partially attributed the increase in retail investment to “portfolio and entity investments.” The largest of those was H & R REIT’s acquisition of Primaris REIT for about CDN$3.1 billion.

Similar investment transactions related to the Primaris sale also helped drive the market. KingSett Capital bought a portfolio from the REIT for $1.9 billion Cdn and RioCan and the Ontario Pension Board took full or partial positions in other Primaris assets.

Other notable transactions in the retail market included Crombie REIT’s acquisition of 70 retail properties from Sobeys for US$951 million and Loblaw and Canadian Tire converting their property holdings into REITS “primarily to unlock capital for reinvestment into core businesses.”

It will likely come as no surprise the survey predicted the REIT sector will slow “as they face more challenging conditions for raising capital as investors’ perception of interest rate risk impacts REIT unit saleability.”

A number of recent reports have all cautioned that the REIT market has peaked and pension funds are more likely to become dominant players over the next while.

Although the REITS may slow, the retail sector will continue to be a hot draw. The survey said retail remains the top focus of respondents with shopping centres being the No. 1 target  at 66 per cent.

“Canadian shopping centres are typically large-trophy assets that are held tightly by large institutions or public real estate companies and are on the low end of the risk spectrum,” the survey reported.

“Forecasts for the next two years point to healthy growth in retail sales, which is likely to draw in new retailers who have been competing fiercely for prime mall space.”