Robust hotel selling, particularly in Ontario, has resulted in sales of $1.7 billion in the first three quarters of 2013, putting the sector on pace for its best year since the recession, according to figures compiled by Colliers Hotels International.

“It’s been a pretty active market, particularly this year, we are going to be over $2 billion this year for sure,” said Robin McLuskie, vice-president of hotels with Colliers in Toronto. 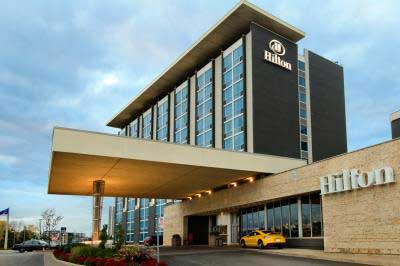 Over the first nine months of the year, 83 hotel sales have been reported.

She noted that the last time hotel sales exceeded the $2 billion mark was in 2007, when the market was characterized by a number of hotel properties taken private, “whereas this time around there is none of that. We are in a very active period right now.”

The Colliers executive does not believe that 2013 will represent the high water mark for hotel sales either given strong market fundamentals behind the rising deal activity.

No one type of buyer is dominating the activity, which Colliers views as a healthy sign for the hotel industry.

“It is really a mixed bag in terms of buyer profile which is a nice signal,” said McLuskie. “It is not just frenzied private equity buying up everything. It is a real mix of institutional, private investment and hotel investment companies are a big component (defined as companies owning five or more hotels).”

As well, real estate investors were active earlier in the year, purchasing hotels without converting them to alternative uses such as student residences or condos.

Colliers sales activity analysis showed that much of the 2013 hotel deals occurred in Ontario and, more specifically, in the GTA.

Ontario has been the most active province with 50% of national volume as of the end of September, with most of that taking place in the GTA.

“We were actually involved in most of those” (sales), said the Colliers executive. “It is rare to see that much activity in Toronto in terms of availability of product.”

She attributes the activity to the decision by a number of U.S. investors to and “other investors, for estate planning or other reasons, just exiting.”

Hotel properties in the country’s most populous province do not take long to find a buyer either. “When anything in the GTA comes up, there is strong interest,” regardless of the current uncertain economic environment. “They see the long-term value of the real estate there. The suburbs of the GTA, like Burlington, those markets still drive activity.”

Colliers was involved in the June purchase of five Marriott GTA hotels by Morguard Corp. for $70.5 million from Concord Hospitality. The purchase attracted attention beyond its more modest price tag because Morguard has not traditionally been a player in the hotel sector, McLuskie noted.

The biggest single deal since 2007, the Westin acquisition has accounted for 44% of deal flow this year.

Overall, a total of 10 hotels sold for more than $10 million threshold in the third quarter, with Ontario and Alberta accounting for the lion’s share, making up 43% and 36% of quarterly volume respectively.

The biggest factor behind those higher numbers was the Westin deal, Colliers said.

The firm expects 2013 sales to exceed $2 billion for the year “and expect the pace of hotel transaction activity to remain strong in [the fourth quarter] as a number of single asset offerings are under contract and scheduled to close during the quarter.”

The sale of the iconic Fairmont Chateau Laurier Hotel (in adjacent picture) in Ottawa by Quebec-based Ivanhoe Cambridge to the Capital Hotel Limited Partnership, an affiliate of West Vancouver-based Larco Investments at the end of October is a notable fourth quarter transaction.