As REIT markets go, Canada has recently gone from an expensive market for international investors to closer to a world average while European REITs are currently priced at a deep discount. 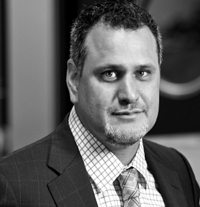 “If we look at the deepest discounts to net asset around the world, they are really in Europe today,” said Corrado Russo, managing director of investments and global head of securities with Timbercreek Asset Management. “We are seeing discounts in the 30 per cent  to 40 per cent range.”

Russo, participating in a panel discussing the growth and performance of REITs around the world at the Global Property Market Forum in Toronto this week, said the European discount comes with a major caveat: public real estate companies have been slow to appraise their properties since the start of the recession and international investors need to conduct their own due diligence “to figure out what you believe the cap rates are and what the values are. When we do that, our discounts go from 30 or 40(%) to 10 or 15(%).”

Canada’s status as the worst-performing REIT market over the past few months has brought real estate valuations back down to earth for expected real estate returns.

Beyond Europe, the Timbercreek executive pointed to Singapore as a hot real estate market given its place “as the gateway of the Western world into Asia,” Japan, where real estate companies look to be enjoying a period of sustained growth and to Australia, where interest rates are expected to be lowered in an effort to spark growth.

“It could be where the U.S. was three or four years ago,” he said of Singapore and Australia.

Panel moderator Michael Smith,  Macquarie Capital Markets‘ managing director of real estate equity research, noted there is a structural difference between REITs in countries such as the U.S., Canada and Australia where they can trade at a premium to net asset value and much of the rest of the world, where REITs typically trade below NAV.

Russo said the dichotomy is driven by the international investor’s desire for high total return, which weighs against publicly traded real estate entities in places such as Europe and Hong Kong which are traditionally low-cap rate environments and where real estate is viewed as a store of value which can result in them trading at a discount.

“In Canada, the U.S., Australia, you can see premiums,” said Russo. “In Canada, the focus here for retail is really on the yield side: how does that yield that they can get out of Canadian REITs compare to other fixed income or income-type alternatives?

“As long as those alternatives are lower from a risk-adjusted perspective, I think you will see continued upward pressure on Canadian REITs relative to where they are trading on a NAV basis.”

As anyone trying to unload properties in a down market can attest, real estate is a notoriously illiquid asset.

Buying public, said the Presima executive, is a different exercise than those who buy private real estate assets internationally. Zabierek said the Jones Lang LaSalle “property clock” model to describe various countries’ real estate position in the investment cycle is a handy way to determine whether large investors should be adding to or subtracting from its holdings in a particular geography.

“When you are at 12 o’clock, meaning that rents are still going up at a healthy clip, that is usually the time that we want to be the most underweight, we want to be at a zero,”  Zabierek said. “So again, San Francisco, New York, London, markets like that, if you look at our portfolio it is going to be very low if anything in those allocation to those markets, usually because they are very dearly priced.

“The stocks that we would buy in those markets would be trading at 20, 30 or 40% premiums to their net asset values,” he explained.

“Where we want to be . . .  it’s funny that we have a guy here that is starting a new REIT in Holland. He might be the only one here that is willing to invest in Holland, that is more like a 6 o’clock story right now,” said Zabierek.

“Rents have been coming down precipitously, no one wants to be there, anyone who wants to sell would love to find a buyer and would be willing to make a deal – and that is usually where we want to be overweight. So we are selling at 12 o’clock, we are buying at 6 o’clock.”

“It’s always 5 o’clock in Canada,” he said. “In Canada, we have a very stable consistent market and it holds a very nice place in our portfolio because it is a very consistent income story. It got a little bit too rich for its own good, but it has kind of come back a little bit.”

Currency also plays a role, he added. While Canadian REITs may be down seven per cent overall, they are down 15% for a U.S. investor due to  the changing fortunes of the two currencies.

The panel also featured two new Canadian-listed REITs: Inovalis SA, which invests in office properties in France and Germany, and  Maplewood International, which has targeted Holland as its key investment market for its early investment strategy.

“Both of those are world-class segments of our market because they have looked outside of Canada. The mining industry in particular is a world-class Canadian industry because those CEOs, after they were done exploring Canada, started exploring the United States and then other countries, more and more exotic, constantly pushing the envelope to generate that value for them extracting the commodity.

“Real estate is the same way. Real estate is a commodity,” Kacira added. “I don’t have any attachment to the building – it is just a means to generate cash flow.

“So we will go wherever the opportunities are. For now, Holland is a very exciting opportunity. I could easily in five years build a very, very good portfolio of a billion in Canadian dollars, call it half-equity, half-debt.”