For the third straight year, Fulton got up on the Century 21 Global Conference’s Las Vegas stage before thousands of his peers to take home the award for running the top Century 21 office internationally based on 2013 sales production. 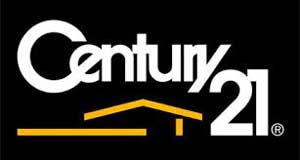 While Fulton won the award for office, the Goodale Miller Team received a similar award this week as the No. 1 Century 21 team internationally based on 2013 sales production.

The Clare Fulton office at 2911 Kennedy Rd. in north east Toronto has been ranked No. 1 in Canada since 1990, helping more than 2,000 families annually with their real estate needs in the Toronto and Durham areas.

Brian Rushton, executive vice-president of Century 21 Canada LP, said in a statement: “Clare and his team are an incredible example of how hard work paired with investing in your realtors and in your community powerfully drive success year after year.”

Fulton’s father, Percy, founded the real estate franchise in 1977 although the brokerage retains its name as the CENTURY 21 Percy Fulton Ltd. Brokerage.  Clare Fulton took over ownership in 1988 and today the firm has 225 realtors in the Toronto and Durham areas.

The Goodale Miller Team, which works with fine homes and estates clients around Oakville, has ranked number one in Canada for 11 consecutive years.

The Goodale Miller Team is part of Century 21 Miller Real Estate Ltd., a full-service brokerage known for its collaborative approach to real estate. Members of the Goodale Miller team include a home stager, a professional photographer, a videographer and a floor plan technician.

“We’re incredibly proud of the Goodale Miller team’s accomplishment,” Rushton said. “The team demonstrates that success is driven by having in-depth knowledge of your clients’ needs and specializing your services accordingly.”

Clare Fulton, and Don Goodale and Brad Miller on behalf of their team, received their awards at the Mirage Hotel and Casino in Las Vegas.

At the conference which wrapped up Thursday, thousands of Century 21 brokers attended seminars and talks during four days of networking, professional development and celebration of the past year’s successes.

Some of the sessions included a talk by Jeff Nischwitz, who’s been called the “Tony Robbins of the East Coast,” on Accelerating Your Business – One Relationship at a Time; and a seminar on How to Build Your Successful Agent Team from entrepreneur Zan Monroe.

Century 21 Canada is part of the real estate division of the Charlwood Pacific Group, a Vancouver-based company specializing in the franchise industry. The company developed the Century 21 brand into one of Canada’s leading real estate organizations.

The privately held Charlwood Pacific Group dates back to the 1970s when Gary Charlwood founded his first real estate company, Hunt Realty. He invested the capital from that company into the purchase of the Canadian master franchise rights to the Century 21 Real Estate brand, its first expansion outside the U.S.