Ontario’s commercial real estate industry is grappling with the potential impact of the new cap and trade system regulation on its sector. 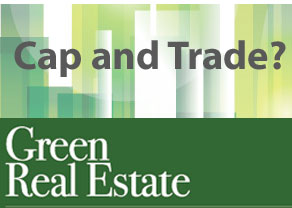 Ontario is poised to join Quebec and California under the Western Climate Initiative, which sets a hard ceiling for green house gas emissions for each sector of the economy. The goal is to reduce pollution in the atmosphere by setting a limit and rewarding innovative companies, providing certainty for industries and creating more opportunities for investment.

Under the cap and trade system, businesses will have their own greenhouse gas quota and be able to buy and sell credits if they don’t need them because of their own efficiency. More details will be developed over the next six months.

Dan Probst, JLL’s Chicago-based chairman of energy and sustainability services, cited California’s positive experience two years into its program while speaking on a panel at the Green Real Estate Conference in Toronto on April 23.

“Despite a lot of predictions that it was going to have a huge negative impact on the economy and exert upward pressure on electrical rates and other devastating impacts, people are now saying that it’s been a highly successful program that has managed to hold rates in line,” Probst said.

“It’s also done some things that people didn’t expect, which is to stimulate the economy. Jobs in the green or clean tech sector are accelerating at a five per cent rate, well ahead of the job growth rate in other sectors. There’s been a huge influx of investment in clean tech and anything from alternative energy to technologies to make buildings perform better.

“There’s been $21 billion in clean tech investment in California, which is more than in all of the other U.S. states combined.”

California’s cap and trade regulations focus on companies that emit 25,000 metric tonnes or more of carbon rather than on owners of individual buildings. It has nudged electricity generators to move away from fossil fuel sources as part of their production.

“The money that goes into the pool that’s created from the cap and trade program is used to invest in alternative energies, so it’s helped to stimulate that marketplace and create options and alternatives for building owners,” said Probst.

Real Property Association of Canada chief executive officer Michael Brooks said his organization has researched carbon taxes and cap and trade programs around the world and concluded there were “good lessons and screw-ups.”

Brooks said a median number, above which you have to buy pollution credits and below which you can sell credits, must be established for the system to be effective. He’d like to see wide consultations by the province on the implementation of cap and trade, with two rounds of input into the process.

Brooks said most large building owners and management companies are already trying to cut carbon emissions, but smaller landlords might not do as well under a cap and trade system.

“Cost per square foot is a fundamental metric that everyone deals with,” stated Bernier. “The impact of a carbon tax at about $20 a tonne would be about 10, 20 or 30 cents per square foot per year. It will have a material impact in some ways, but it’s not an absolute deal-breaker.”

Need for fairness and transparency

Brookfield Global Integrated Solutions CEO Gord Hicks is a member of the Council for Clean Capitalism, which believes a carbon pricing system for Ontario is a good thing. He thinks the province will consult with other jurisdictions with cap and trade programs and learn from them.

Hicks said whatever system is put in place has to be comprehensive, with a predictable pricing policy that covers all jurisdictions and emitters in an equitable manner. It also needs to be transparent.

“Any monies that are collected from this system and program ultimately need to be visible to the public, and these tax amounts have to be invested in areas that are going to benefit society in a meaningful way,” said Hicks.

“You can take these new funds and invest them in clean technologies and transportation sectors that otherwise might not have been able to excel and compete on a global scale, but will now have the benefit of that funding so that we can create products and services that will be viable for export. That’s how we build a province that will be healthy for future generations and will be prosperous from an economic perspective.”

“There’s a sense at the high corporate level that the climate change issue has to be addressed, and that works its way down into the day-to-day decisions that are happening in the real estate industry,” said Ian Jarvis, president of Enerlife Consulting Inc. and past chair of the Canada Green Building Council.

“Economically, it’s not going to be cataclysmic or even problematic if you look at the effect of carbon tax in British Columbia. It’s a significant addition to the economics of decision-making, but it’s relatively small compared with utility cost savings.”