A week ago at the annual REALpac/IPD real estate outlook presentation, REALpac chief Michael Brooks marvelled at the 40 per cent bounce in Irish real estate in 2014 and how smart CAPREIT head Thomas Schwartz looked. 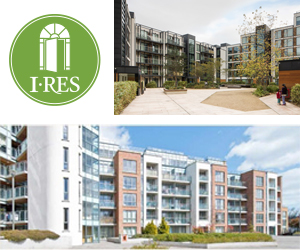 CAPREIT (CAR.UN-T), got its start in Ireland in the fall of 2013 when it purchased a four-building, 338-unit Dublin development in an auction. In April of last year it raised 200 million euros ($285 million Cdn) in an IPO on the Irish stock market and currently owns 1,204 units across 10 properties, making it the largest private multi-res owner in the country.

(The government remains the largest player, but that is likely to change over time).

While it has taken some time to lay the groundwork for the Irish entity, CAPREIT is no doubt enjoying what must seem like virgin territory for acquisitions compared with the extremely tight (and expensive) market for multi-res in Canada.

“It is a very, very fragmented market there. There has never been professional management there before,” said David Ehrlich, chief executive of the Irish trust. “It is also a marketplace where there is a huge supply and demand imbalance, particularly in the Dublin area” (where I-RES has the majority of its properties).

Ehrlich, a Canadian senior partner with Stikeman Elliott LLP and REIT pioneer on the legal side, said studies indicate that between 2011 and 2021, 8,000 housing units a year need to be built to satisfy demand (either single-family or apartments). Instead, fewer than 1,000 on average have been built annually to date.

That shortage is good news for the Irish REIT, which operates in a rental control-free jurisdiction. “We have been able to increase rents between 10 and 15 per cent depending on turnover or renewal. There is no rent control in Ireland, and so they are one-year leases and you are allowed to bring rent to market every year,” explained Ehrlich.

The REIT CEO touts the 10-property holding as the match of any portfolio on this side of the pond. “It was all built for condo ownership . . . at least equal to or higher than the typical condo quality in Toronto . . . so far above rental standards and most of it is eight years or less old.”

Location is also a strength: properties are either in downtown Dublin or close to transit.

“It’s a beautiful portfolio, it is performing extraordinarily well and we expect particularly as the supply-demand imbalance to continue for a number of years before that can be fixed, we expect rental increases to continue.”

As with any REIT, the plan is to acquire more properties. I-RES has three sources of acquisition: The most immediate is the government-led “bad bank” auctions (I-RES have won all three auctions carried out to date by that organization) and future commitments are for them to sell off 250 million euros ($356 million Cdn) of property to market each quarter. There are about 13,000 units in total to be sold, said the I-RES CEO.

The government wants market participants such as I-RES to aid in the creation of a permanent and larger multi-res sector and to allow it to outgrow the boom and bust housing cycles it has suffered of late as people who should have been renting were lured into ownership by sweetheart financing deals. Ireland has traditionally been an own rather than rent market but that is changing for the better, I-RES noted, with apartment dwelling approaching the 30% range.

The second source of supply is Irish and foreign banks sitting on thousands of apartment units that need to be unloaded over time.

As well, as I-RES has become known as a friendly buyer “just like CAPREIT’s reputation in Canada – we don’t retrade, we are not hard on negotiations and so forth – we are seeing more and more of an inventory of properties on off-market deals where through one source or another, vendors or agents are just approaching us to buy individual buildings.”

I-RES hopes to get to 5,000 units within the next couple of years, a target that doesn’t seem so ambitious today.

“We kind of surprised ourselves. We said on the IPO that we hoped to have the 200 million (euros) of equity spent by December of 2014. By October not only had we spent all of the equity but we borrowed 125 million (euros) on top of that. So if anything, our challenge has been growing so quickly.” (Ehrlich cannot legally comment on future financing plans under Irish regs.) “We are always looking at our financing opportunities and at some point in the future, we will need to raise capital.”

I-RES is happy on the Irish exchange and sees no advantage to list in London. Currently the Irish stock market also hosts REITs involved in the office and hotel spaces.

Unitholders are not the typical yield hogs that make up much of the shareholder base of Canadian REITs, noted Ehrlich, who spends his time jetting back and forth across the Atlantic to the 17-person Dublin office from CAPREIT’s Toronto headquarters.

“Our typical investors are not the typical immediate yield players, they are more looking for growth. So it is a much more medium- and long-term growth story. Potentially, our yield could come to a point where maybe it would make sense to trade in Toronto. That is possible.”

Ehrlich attributes high operating margins at the REIT (NOI margins over 80%) due to lower property taxes in Ireland versus Canada, separate metering in all units in Ireland, lower expenses as the REIT adds scale plus robust rental rate growth.

It marks the first portfolio CAPREIT is acquiring for I-RES under its new pipeline agreement. The latest purchase is intended to be transferred to I-RES conditional on, among other things, I-RES shareholder approval of the pipeline agreement and I-RES having sufficient funds available.

I-RES intends to convene an extraordinary general meeting at which shareholders will be asked to consider and, if thought fit, approve a resolution to approve the pipeline agreement.

“We are very pleased to be acquiring this high-quality, portfolio on behalf of I-RES,” said Thomas Schwartz, CAPREIT’s president and CEO. “This acquisition will be immediately accretive to CAPREIT’s cash flows and, once acquired by I-RES at the appropriate time, CAPREIT unitholders will continue to benefit through our ownership position in I-RES and their growing presence in the very strong Irish residential rental market.”