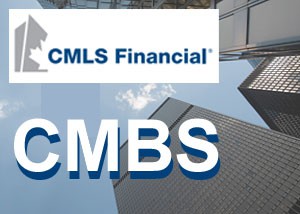 Glen Malcolm, a CMLS Financial senior vice-president, said the latest deal likely puts Canadian CMBS volume at “a post-recession high in calendar 2015. As CMBS lending continues to build steam, we are proud to yet again lead the way with the largest post-2007 issuance.”

The CCMOT offerings are backed by ATB Investment Management Inc., which was seeking a way to invest in the Canadian mortgage market. “They manage a series of mutual funds where they have exposure to commercial mortgages, but because they are a newer mortgage fund, regulations do not allow them to hold whole commercial mortgages unless they are CMHC insured,” explained the CMLS VP.

The latest $570-million offering is made up of a pool of 42 mortgage loans secured by 59 commercial properties located in British Columbia, Alberta, Saskatchewan, Manitoba, Ontario and Québec. The transaction also features nine different property types with office, retail, industrial and multi-family exposure representing approximately 80 per cent of the pool.

Malcolm, a veteran of the commercial mortgage-backed securities industry who started with GMAC Commercial Mortgages in 1999, noted the game of creating mortgage pools and selling them as bonds to investors dates back to that time.

That market grew until 2007, when the financial crisis hit. “Then buyers just disappeared from the market.”

There has been a “restart” following the crisis and this is what we call “CMBS 2.0,” he explained. “It is not new but it is almost like we started at zero again and we are trying to build up the investment base because people just got out of the class.”

While investor appetite has been up and down, the attractive attributes of CMBS investments have persisted. “The underlying mortgages have always performed very well (with) very, very few losses in the CMBS arena.”

The challenge for offerers such as CMLS has always been to find ways to increase the pool of potential buyers. Taxation rule changes have helped in that area.

“Pre-2007 we had withholding tax in Canada. So we didn’t actively market the bonds to the U.S. investors. When the withholding tax changed, we activated our CMBS product and “in reality in the U.S. the CMBS market bounced back much more quickly than it did in Canada.”

What’s in it for CRE?

“One of the advantages is that it is a supply of 10-year money,” said Malcolm.

“Any kind of program that is out in the market that is creating more capital for the real estate market is generally a good thing.”

That robust CMBS market keeps rates more competitive and, on the other side, “arguably it also increases (real estate) prices because more leverage is generally available on CMBS loans.”

As for the prospect of a CCMOT 4? “I think that it is not imminent, but there will be a CCMOT 4. It is in the working stages.”