A cold winter might have put a bit of a freeze on commercial real estate transactions in the Greater Toronto Area (GTA), but spring was busting out all over in the fifth best quarter ever — driven by a surge in future residential development sites. 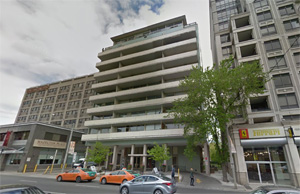 “Close to 45 per cent of all transactions on the residential land side were strictly focused on future condo sites,” said RealNet Canada Inc. commercial real estate research manager Richard Vilner, who compiled a report on the record-breaking 595 deals valued at over $1 million that combined to total $3.6 billion in GTA activity for April through June.

The residential land sector had its best quarter ever in terms of dollar volume and number of transactions, contributing $976 million to the overall investment volume through 143 transactions. That dollar volume was up 64 per cent compared to the same period a year ago and was 14 per cent above the previous record set in the fourth quarter of 2011.

The largest apartment transaction was a 60-per-cent interest sale of three buildings in High Park Village from Minto Group Inc. to Canada Pension Plan Investment Board for $105 million.

Capitalization rates for apartment buildings continue to compress below the record lows of last year, according to Vilner, who cited Hollyburn Properties Ltd.’s $42.5-million acquisition of the 10-storey, 125-unit Avenue Park Apartments in Toronto in April as an example.

“103 Avenue Road in Yorkville was a record low cap rate for a building of that size in the GTA, at below four per cent. (Building in photo.) A Vancouver player came in and paid that price and they’re used to paying those low cap rates in Vancouver. That’s something that raised eyebrows in Toronto.”

Yorkville and the downtown west neighbourhoods are driving record valuations for future condo sites, which is pulling up the average price per square foot buildable metric across the GTA. An 80-storey retail and residential tower proposed by Mizrahi Developments at 1 Bloor St. W., called The One, will inflate those numbers even higher.

“The development market is pretty active and developers are still bullish on the Toronto market,” said Vilner. “Condo sales may have waned somewhat, but nothing considerable enough to push developers away from paying these high prices that they’re acquiring sites for.”

Low-rise housing isn’t slowing down either farther out from the downtown core, as developers continue to acquire more land for that purpose.

A lot of deals to be had

“You hear out there that there’s a lack of inventory, but by the evidence here there are still a lot of deals to be had,” said Vilner. “The competition is driving up prices even further.

The office and industrial sectors each improved by eight per cent compared to the second quarter of 2014 in terms of dollar volume. Significant transactions in these segments included Crown Realty Partners’ purchase of a Markham office portfolio from British Columbia Investment Management Corporation for $126.7 million and Target Corporation selling its industrial distribution centre in Milton to Lowe’s Canada for $106 million.

“They recently built a pretty large warehouse for themselves in Milton and sold it for a pretty good number, but that’s because it was newly built and barely used,” said Vilner.

In the retail sector, SmartREIT (formerly Calloway REIT) acquired $216 million worth of GTA shopping centres from SmartCentres as part of a larger national portfolio worth $1.16 billion.

Increased activity in all sectors

“We were up across the board in terms of dollar volume and number of deals in every sector, from office to industrial to retail,” concluded Vilner.

“We’re seeing activity from all types of investors, from big pension plan players to smaller individual investors. There’s good diversity with investors and there’s a good diversity in price ranges for properties, from the large assets that turned in the second quarter to small properties that continue to transact in this region.”