A draft of the new CSA A770 home inspection standard recently released for public review has raised the ire of Canadian home inspectors who believe it will dramatically increase the cost of inspections and could potentially reduce consumer protection. 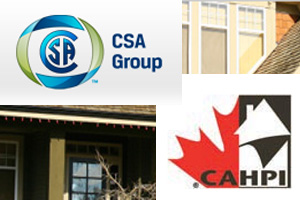 The new proposed standard specifies requirements for the physical inspection of homes and associated property, including single-family dwellings, manufactured homes, multi-residential buildings and condominium units. The review date for the standard began on Oct. 16 and ends on Dec. 15.

CSA Group is an independent, not-for-profit membership association dedicated to safety, social good and sustainability. The CSA draft standard specifies new requirements for the physical inspection of homes and associated property. Its goal is to establish consistent requirements for home inspections nationally, help create common ground on current differences and provide a consistent platform for regulation.

“The initial push for a neutral standard came from the Alberta government, who didn’t want to pick a winner from existing standards from multiple associations,” said Blaine Swan, president of the Canadian Association of Home & Property Inspectors (CAHPI).

But Alberta home inspectors who met earlier this month to discuss the CSA draft standard came to the conclusion cost increases arising from compliance with the proposed regulation and the possibility of home inspections taking one to two days to complete could “effectively cripple the industry as we know it.”

Among the things Fisher said he has problems with are requirements to: measure the slope of concrete slab floors down to the millimetre; take covers off electrical panels and shut power off in houses; comment on whether trees on properties have pest infestation; test underground sprinkler systems; and document the make, model and serial number of every item inspected.

“A lot of inspectors have the training in some of these areas, but it’s about the liability attached to it when you’re dealing with somebody else’s property,” said Fisher. “And there’s a lot of time involved in doing this level of detail in our reporting.”

The extra hours needed to carry out this additional work will bring extra costs, and the Alberta inspectors claim those who most need an inspection may opt out of having one. A typical inspection now ranges in price from $400 to $600, but the Alberta inspectors believe the changes proposed in the CSA draft standard could easily triple those rates.

“A lot of first-time homebuyers may forgo having a home inspection because cash is tight during that time and they may decide that they don’t want to spend $1,500 or $2,000 on an inspection,” said Fisher.

Hawkins declined to address specific criticisms of the draft standard, but said: “CSA Group welcomes feedback on its standards to permit individuals and organizations materially affected to have an opportunity to participate in the development. This helps ensure the standard reflects the opinion of industry experts and other interested parties.”

Hawkins said the CSA Group developed the standard using an accredited, consensus-based process that utilized a technical committee with a balanced mix of “volunteer experts representing stakeholder groups including, but not limited to, regulators, insurance companies, educators, home inspectors and consumers.”

But Fisher believes there was insufficient representation by home inspectors on the committee, which he said had too many people who “don’t understand the intricacies of a home inspection.”

Swan calls Alberta “ground zero” for complaints about how the CSA draft standard could adversely affect inspectors and the real estate industry in general, but said, “There are similar concerns and resistance from CAHPI members nationally.”

“Talented and competent home inspectors may be less likely to enter or remain in the industry. Less inspections equals a reduction in the safety and quality of Canadian housing stock. Contracts will have to be rewritten and there has yet to be vetting by the courts. I’m sure there are other negatives that will come forward.”

Changes may be made to the draft before the standard is approved by CSA Group’s technical committee. The CSA A770 standard is scheduled for publication next summer.