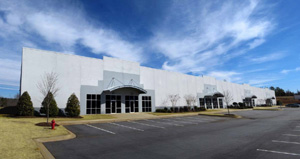 The property totals 70,000 square feet with an additional 23 acres of land and is home to the likes of Gordon Food Services, GE Aviation and KI Logistics.

The Jacksonville property is a class-A multi-tenant office and warehouse park, with two buildings constructed in 2005. The complex adds up to 90,241 sq. ft and includes 6.75 acres of additional land for future development.

Tenants include the U.S. Coast Guard Logistics and Training Facility.

Sean Dalfen, managing principal and chief investment officer at Dalfen America Corp., said in a statement the company believes both Florida and North Carolina are well-positioned for economic growth.

“We will continue to expand our industrial footprint in Florida and the Carolinas through acquisition and development,” he said.

The Dalfen Group is a major buyer of distressed notes secured against North American industrial properties. The group’s legal and finance teams work with borrowers to find beneficial solutions to resolve outstanding defaults, or alternatively to take possession of the property.

In September, the company announced several deals, involving various acquisitions through such means as a bankruptcy trustee sale, an off-market transaction and the acquisition of a non-performing mortgage note.

Sean Dalfen told Property Biz Canada in December, “We saw an opportunity in the downturn to acquire assets in distressed markets.”

In the process, the company also honed its focus on the industrial sector.  Last February, Dalfen sold the Miramichi Business Complex, a Government of Canada-anchored, single-storey office building in New Brunswick, to True North Commercial Limited Partnership for $9.6 million.

The office building represented the Dalfen Group’s last property in Atlantic Canada and the company indicated the sale was part of its strategy to shift to the industrial and distribution sectors.

President and CEO Murray Dalfen began developing commercial real estate in 1974. He has led the successful and profitable creation of multiple real estate funds, which have owned, operated, developed and managed several million square feet of commercial property in Canada and the U.S.

Murray’s son, Sean Dalfen, has carried out transactions on more than 29 million square feet of real estate in 11 America states and two Canadian provinces. Previously, he worked at NAI Commercial, where he was one of the company’s top 10 performers in Canada.