Primecorp Commercial Realty Inc. has completed more than $6 billion in investment and leasing transactions since its inception in 1998 and hopes to continue its momentum by closing $400 million in deals by the end of 2015. 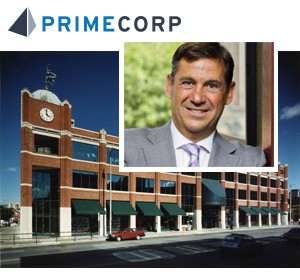 “We continue to grow our team and our investment reputation is growing right across Canada. We’re dealing with all the institutions and international groups are hiring us directly, which we’re really pleased about,” said chief executive officer and founding partner Aik Aliferis, who splits his time between Ottawa, where the company was founded, and Toronto.

The sale includes 1,685 high-rise, low-rise and townhouse units and is expected to close on Sept. 10.

Aliferis said such properties rarely hit the market, but Toth Equity, a non-residential property operator and manager, thought it was a prudent time to sell.

“It’s a strategic trophy asset that has longstanding appeal in the marketplace and will continue to do so as the ByWard Market continues to grow,” Aliferis said of Mercury Court.

Primecorp’s Montreal office has two showcase assets among its properties on the market.

It has partnered with Jones Lang Lasalle Inc. to work on behalf of a subsidiary of Elad Canada to sell a 100 per cent freehold interest in the office and retail portion of Montreal’s Westmount Square, which was conceived and designed by world-renowned architect Ludwig Mies van der Rohe.

The property occupies most of the city block bordered by de Maisonneuve Boulevard West, Sainte-Catherine Street West, Wood Avenue and Greene Avenue in the prosperous Westmount neighbourhood and has a mix of office tenants that includes Investors Group and the Royal Bank of Canada.

“We’ve obtained as many as 80 confidentiality agreements from prospective purchasers around the globe,” said Aliferis. “The asset is an absolute trophy for the Montreal market and we expect the ultimate successful bidder to be one that appreciates that.”

The property, which has a pending LEED Gold designation, also includes a new five-level indoor parking structure with 306 stalls.

Place Vincent Massey is fully occupied, with Environment Canada accounting for 99 per cent of the tenancy on long-term leases. The property also has a restaurant and a TD Bank branch.

Primecorp’s leasing division has grown and is now dealing directly with such major retailers as Starbucks, Lowes and Home Depot.

Aliferis believes the current low interest rate environment will continue and keep the real estate market buoyant across all asset classes as domestic investors seek out opportunities and their international counterparts look at ways to enter Canada.

“They’re already here in a large way through a lot of private equity firms, but we’re now seeing a lot of them trying to come in with direct groupings,” said Aliferis. “That demand is increasing.”

While class-A commercial and industrial properties are attracting plenty of attention, older assets with fewer amenities and less to offer than newer or renovated buildings aren’t displaying as much appeal. But that’s not the case in the multi-residential sector, according to Aliferis.

“The multi-residential demand is still far outweighing the supply available in the Canadian market,” he said.

“With the aging stock in Canada, investors in the multi-res sector have recognized that they’re going to have to work with value-add opportunities because the cost of replacement is still far above what you can do with renovations.”

Aliferis is scheduled to chair the Ottawa Real Estate Forum slated for the Ottawa Convention Centre on Oct. 8.