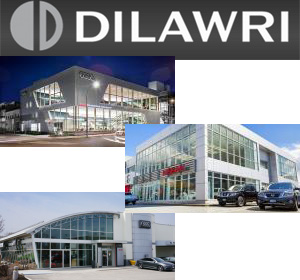 “We want to take advantage of the consolidation that’s going to take place within the auto dealership world,” said president and chief executive officer Milton Lamb, who informed RENX the REIT is in a blackout period and can’t reveal much more than what’s in the preliminary prospectus it has filed in respect of its initial public offering.

The REIT is looking to raise $75 million by issuing 7.5 million units at $10 each. TD Securities Inc. and Canaccord Genuity Corp. are the co-lead underwriters and joint bookrunners in the offering.

The last REIT IPO to list on the Toronto Stock Exchange was Canadian Tire Corporation’s CT Real Estate Investment Trust (CTC-T, CTC.A-T), which raised $263.5 million in October 2013, according to data compiled by Bloomberg.

The initial locations represent all of the REIT-suitable properties currently owned by Dilawri Group, which leases another 31 dealership properties, and Dilawri Group will be the REIT’s only tenant at closing.

REIT will be a first for Canada

Automotive Properties will be the only publicly listed vehicle in Canada exclusively focused on auto dealership properties.

Capital Automotive REIT (CARS) in the United States has exclusively supported auto dealers since 1997 and its stock was publicly traded on NASDAQ through December 2005 when it completed a privatization with DRA Advisors LLC. CARS was acquired by Brookfield Property Partners (BPY.UN-T) and its institutional partners in October 2014.

“It has been done before and been successful before,” said Lamb, who joined Dilawri Group in April after nearly eight years as senior vice-president of Colliers International’s national investment team.

Dilawri Group has more than 2,500 employees and had combined revenues of approximately $1.6 billion and adjusted earnings before interest, taxes, depreciation, and amortization of approximately $75 million for the 2014 fiscal year.