RBC Capital Markets‘ quarterly reviews and sector outlooks report is always a meaty recap of what’s gone on over the past three months and what might transpire in the near future. The investment firm’s second-quarter report does not disappoint on those measures. 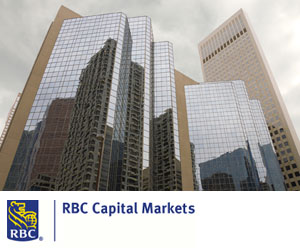 The highlights include RBC’s observation the eastward tilt of economic activity continues and the risks to forecasts for revenue and net operating income “seem to be, if anything, building.”

The firm cited Canada’s 0.1 per cent decline in GDP, a deep freeze extending through February in the Northeast, and revenue hits now rolling through the oil patch. GDP growth for the first quarter may come in at an anaemic one per cent, down from rates of 3.2% and 2.4% in the third and fourth quarters, respectively.

The report, authored by RBC analyst Neil Downey, sees further downward revisions to 2015 GDP growth possible as Alberta continues to decelerate and forecasts for a rebound in Ontario perhaps too optimistic.

RBC also identifies “a host of variables affecting absorption and rents by region and sector.”

1) a substantial supply-side pipeline in the office sector;
2) rapidly rising office sublet availability in Calgary;
3) a significant amount of retail space coming back to the market on the heels of Target Canada’s failure and the downsizing of some other retailers (e.g., Future Shop);
4) sharp deceleration of the U.S. retailer “invasion” coupled with high rates for growth in on-line sales;
5) a weaker Canadian dollar;
6) increasing construction of multi-dwelling residential units, including more purpose-built rentals; and
7) strong urbanization trends.

The investment firm also laid out its expectation for the strength of the various sectors over one-year, two-year and three-year time frames. For 2015, the sector with the strongest market fundamentals is hotel/lodging; followed by industrial; multi-family; seniors housing; retail, and lastly, office.

While there is some shifting year-to-year, RBC expects the retail and office sectors to be the poorest performers over the next three years, with NOI growth of just zero to two per cent and minus-2% to 2% respectively.

While the outlook is uncertain, RBC noted publicly traded real estate was quick out of the gate in 2015, buoyed in part by the Bank of Canada. The S&P/TSX Capped REIT posted a solid first-quarter total return of 8.0 (6.5% price appreciation and 1.5% in yield).

“We believe the strong total return to date was the product of an attractive Q4/14 valuation reference point for the group, steady, albeit modest, earnings growth, and the significant valuation support offered by a 43 bps decline in 10-year GOC bond yields.”

The first-quarter performance was broad-based, with about 85% of listed REITs/REOCs posting positive total returns.

Equity capital raising activity is at a “measured pace” with $670 million of public equity and equity-related capital raised via seven transactions in the first quarter.

RBC chalks up the less-than-eye-popping equity capital-raising volume on : 1) The overall valuation level of listed real estate;  2) a lack of acquisition opportunities for the large REITs and REOCs;  3) increased capital recycling, predominantly by the larger REITs and REOCs; and  4) favourable real estate debt market conditions.

It forecasts financial modesty to continue for the balance of the year with a capital issuance forecast of just $2 billion for 2015.

With minimal contributions expected from acquisitions for most companies and the larger economy an uncertainty, the steady-as-she-goes forecast relies on favourable credit conditions and interest rates as “the property sector stands to accrue greater savings on interest rate financings than we had previously envisioned.”

RBC finds public real estate companies are priced closely to fair value and it projects a 2015 total return range of three to 18 per cent.

Given the 8.0% first-quarter gain, “REITs and REOCs have ‘banked’ a nice part of our annual return expectation already,” the firm stated. “Yet, directionally, we still see valuations, property market fundamentals, and credit conditions as biasing our point-forecast toward the upper half of the range (i.e., 10%-plus total return).”

The story declares Canadian REITs are the cheapest relative to their U.S. peers since the financial crisis: shareholders are paying 13 times a Canadian REIT’s funds from operations to own shares in 51 companies based on Bloomberg data. Shareholders in 210 U.S. REITs meanwhile paid more than 20 times the cash-flow measure at the end of last year. The difference between the two ratios is the widest since 2009.

Notable quotes in the Bloomberg article:

☛ “It’s a good time to invest in Canadian REITs,” said Anil Tahiliani, who manages about $1.1 billion Cdn, at McLean & Partners Wealth Management Ltd. “They’re partly reflecting concerns about the Canadian economy, housing and the effect of low oil. But we’re going to be in a low-interest-rate environment, and Canada is still better off. Rates aren’t as likely to go up in Canada as in the U.S.”