NorthWest International Healthcare Properties REIT (TSXV:MOB.UN) this week finalized the purchase of 16 medical office buildings in two separate transactions in the German cities of Berlin, Ingolstadt and Leipzig, which is expected to close on or before March 31, 2014. 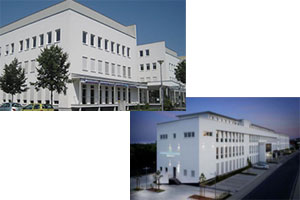 REIT managers said that the  acquisition  “more than doubles the size” of its existing German portfolio and puts it on the map as a leading owner of healthcare real estate in the country.

The 500,000-square-foot portfolio is 96 per cent occupied with a weighted average lease expiry of seven years. The $98-million purchase price represents an approximate eight per cent stabilized cap rate. The acquisitions, which will be funded from existing resources and new mortgage facilities of $64 million,  are expected to immediately add to earnings.

The sky appears to be unlimited in the international markets NorthWest International has targeted.

“In Brazil, we have seen some phenomenal growth. NorthWest International is the first  focused healthcare real estate owner, and this is a very similar story in Germany.”

NorthWest’s international healthcare REIT has more than quadrupled since being created about 18 months ago. Since inception in October 2012, the business has grown from approximately  $180 million in assets to $860 million upon completion of the recently announced German acquisition.