Fixed vs. variable interest rates: Which is right for you? 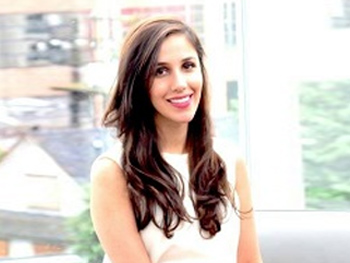 When you’re financing a home, you typically have the choice between a fixed interest mortgage rate or a variable one. Which is better? That depends on your situation and goals.

As an independent mortgage broker serving clients mostly in the Greater Vancouver area, I have a mix of mortgage clients with fixed and variable rates. Here’s a look at the differences:

A fixed interest rate remains the same throughout the term of your loan (often five years). You can forecast how much interest you’ll pay over that term and how much of your payments will go towards principal (the amount you’ve borrowed and need to repay; interest is the cost of borrowing that money).

Unrestricted five-year fixed interest rates are as low as 2.69 per cent right now.

A variable rate fluctuates based on the lender’s prime rate. Some lenders offer a variable rate mortgage where your mortgage payments remain the same but if the prime rate increases, more of your payment will go towards interest.

However, the majority of lenders would increase your payment on the next payment date to cover the additional interest, so you’d need sufficient cash flow to cover the higher payments.

Variable rates are typically lower than fixed rates. A number of lenders are offering variable interest rates as low as 2.2 per cent with a five-year term, although there are some lenders offering even lower variable rates through more restricted mortgages.

When I’d recommend a fixed rate:

When I’d recommend a variable rate:

In the end, it’s up to you to decide what type of mortgage you’re most comfortable with. Assuming you can qualify for a variable rate mortgage, it could save you money in the long run. However, with fixed interest rates so low right now, you could lock in a low rate for a small difference in payments.

Atrina is an independently licensed mortgage broker in the province of British Columbia. She specializes in helping first-time home buyers invest in their future through the purchase of their first…

Atrina is an independently licensed mortgage broker in the province of British Columbia. She specializes in helping first-time home buyers invest in their future through the purchase of their first…