Foreclosure investment in Canada: What you need to know 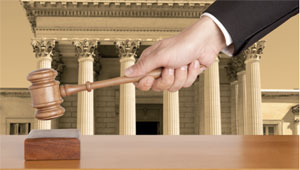 If you have been waiting in the wings, anticipating a foreclosure purchase then you must know that there has been a slight decrease in foreclosures since the beginning of the year 2015, even though Canada economy went into recession again from the last quarter of 2014. That is mostly because of the decease of interest rate and our dollar value.

But if you are looking for a good foreclosure property, you must know that there are still some opportunities around, and you just have to look for them. Even so, the decrease in foreclosures has been pretty soothing for the homeowners.

There are two kinds of procedures in Canada foreclosure investment. One is called Judicial Foreclosure, and the other, Power of Sale. In a Judicial Sale, the lender should petition the court to receive the permission to sell the property in foreclosure. Provinces like British Columbia, Saskatchewan, Manitoba, Alberta and Quebec follow Judicial Sale procedure. Nova Scotia has a similar procedure, only difference is, it is called Mortgage Foreclosure. The provinces of Ontario, New Brunswick, Newfoundland and Prince Edward Island use the Power of Sale procedure. In this, the lender has the freedom to sell the property without asking for permission from the court.

Before becoming a foreclosure investor, you must realize that your dealings would be mostly with the bank and the homeowner. The bank would want the maximum amount with the least hassle, and wouldn’t be willing to budge when it concerns the property, and the homeowner would not want to let go of his property.

The process of foreclosure may be slightly similar in the U.S. and Canada, but the rules may vary from province to province. But the things that you must do before buying a foreclosed home remain the same. For example, it is imperative that you must inspect the home thoroughly before buying it. Sometimes you may have to invest in significant amounts of cash to get the repairs done in the house, so it must be a risky move for you. Or perhaps, the location didn’t suit you. And if the neighborhood is not as good as you thought it would be, then your investment would after all not be a sensible one. You can renovate and repair a home, but not change the location or neighborhood.

There are plenty of ways in which you can make your investment successful. You only need to tap at the right places and seek the help of the right person. If you are a seasoned investor, you would understand the benefits and pitfalls in making an investment in foreclosure. The auction is the best place to buy a foreclosed home. But you have to follow the proper procedures, including proper home inspection prior to making the purchase. The information of The Basics of Buying Foreclosures At Auction is very helpful to you.

You can also find a complete set of Foreclosure Tutorial in the Help Community of Bidwin.org.