St. John’s-based Fortis Inc., (FTS-T) under new CEO Barry Perry, decided this year it wanted to get out of the real estate business to focus on its core gas and electric utility operations. 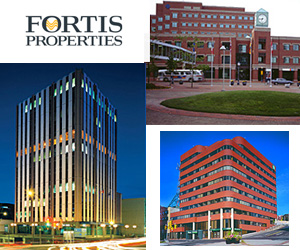 It hasn’t wasted much time.

Ten of the sold buildings are in Fortis’ home province of Newfoundland and Labrador (including the newly completed Fortis Building and Fortis Place office towers in St. John’s, the Fraser Mall in Gander and the Milbrook Mall in Corner Brook).

Other properties include the Maritime Centre in Halifax, Brunswick Square in Saint John, Kings Place in Fredericton and Blue Cross Centre in Moncton.

The office properties are approximately 89 per cent occupied, meaning there is headroom to increase net operating income if more tenants can be attracted.

As part of the acquisition, Slate Office entered into a strategic co-ownership agreement with a Canadian institutional real estate fund under which the REIT acquired a 10% interest in three of the properties and the co-owner acquired a 90% interest.

The REIT’s proportionate share of the portfolio purchase price is $304 million before transaction costs, funded with proceeds from an $80-million public offering of subscription receipts of the REIT, a $35 million private placement of units of the REIT to Fortis Inc., an affiliate of the vendor, and $189 million from new acquisition credit facilities.

The REIT’s proportionate interest in the portfolio comprises 2.5 million square feet of GLA.

This week, Fortis also agreed to sell its entire portfolio of 22 hotel properties for $365 million to an unidentified private investor group. That transaction, involving 22 hotels in seven provinces, is expected to close in the fall.

Fortis Properties was established in 1989 and its 23 hotels in eight provinces held more than 4,400 rooms under the Delta, Sheraton, Hilton, Holiday Inn, Ramada and Best Western banners.