As land for single- and multi-family homes gets more scarce and expensive due to population growth in the Greater Toronto Area (GTA), investment activity shows confidence and remains strong in the sector. 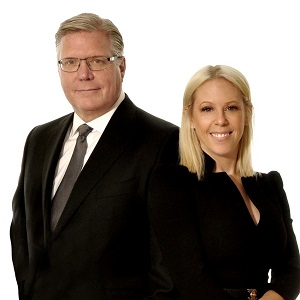 Residential land investment volume in the GTA was $6.8 billion in 2017, the highest on record and three times the volume of a decade earlier, according to CBRE.

There were 149 low-density land transactions across the GTA last year, which was the best on record with a volume of $2.4 billion. That total was at $754 million through the first six months of this year. Though not a record pace, it remains in line with the best of the past decade.

The GTA is adding 100,000 new residents per year. That increased population, combined with fewer new housing units coming into the market, has pushed the ratio of people per unit of available low-rise and high-rise housing from 190 in 2005 to 575 last year.

The average price for an acre of low-density land used for single-family and semi-detached housing surpassed $1 million for the first time this year, which compares to $382,000 10 years earlier. The average price per square foot of buildable high-density land used for condominiums and purpose-built apartments has risen from $42 in 2008 to $87 this year.

Czestochowski said commercial land price increases outpaced those for residential land until the past decade or so, when the trend was reversed. He said there was a time when he thought $100 per square foot for multi-family space, or $1 million per acre for low-density land in Markham or Richmond Hill was outrageous.

Now it’s not uncommon for those respective numbers to be $300 and at least $4 million.

“We felt a little change on single-family when the stress test changed for mortgages for first-time homebuyers, and there was a little bit of angst with the foreign homebuyers tax, but on condos it didn’t stop,” Czestochowski said of upward pricing pressures.

In addition to supply and demand issues, pricing has also been increasing due to higher development charges and construction costs. A scarcity of construction labour, which can be partially attributed to booming office and industrial construction in the GTA, is also adding to costs.

“Developers are fighting to get trades and get people to bid on some of these projects,” said Czestochowski. “We’re hearing of a 30 per cent increase in hard construction costs over the past 18 months.”

Czestochowski said developers previously paid a premium of 15 to 20 per cent for sites already approved for multi-family construction. That premium is now 50 to 75 per cent, as approvals take longer to obtain.

“We think there will be a lot more structured deals, because no one’s going to want to close on a transaction without having the comfort level on what those approvals are going to be,” added Lauren White, senior vice-president of CBRE’s Land Services Group. “I think we’re going to see a change in how deals are structured compared to where they were previously.”

“With the elimination of the OMB (Ontario Municipal Board), it’s very difficult to judge where we’re going to get approved and when — even more so than when the OMB was around,” said Czestochowski. “The demand for residential is still there, but getting the land through the process and having the land in inventory is getting that much more difficult to do.

“Unless there are dramatic changes to government policies on how we can get development approvals, I believe it will continue.”

The increased costs and delayed approvals have caused some condo projects to be cancelled, as profitability prospects are being squeezed so much that lenders won’t provide funding, or developers decide they’re unwilling to take what could be a major risk, he said.

“Banks are being careful with the development community,” said Czestochowski. “You still need 70 to 75 per cent of units being sold before a bank will give you money for construction.

“You need to prove, through equity and experience, that you can build that building and deliver it. Banks don’t really want to take a chance on someone who doesn’t have the experience to build high-rise. It’s too easy to make big and expensive mistakes with high-rise.”

Redevelopment of existing properties is becoming more prevalent as a means of adding high-rise density. Times have changed, Czestochowski said, since he got into the real estate business 33 years ago and was primarily selling parking lots and vacant land to be developed.

“As time progresses, more and more there’s already a building on the land we’re selling. The dirt under the building is worth more than the building itself. Like anything else, buildings have a lifespan to them, whether it be an apartment building, an office building, industrial or retail.”