If Halifax wants to remain competitive as a city, it needs to celebrate success rather than dismiss it. 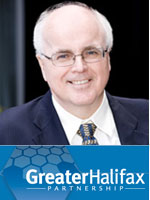 The brands of cities are often connected to the brands of businesses that choose to locate their head offices there. However, Fred Morley, the executive-vice president and chief economist of the Greater Halifax Partnership, says the Nova Scotia capital doesn’t always recognize the role companies play in the local and regional economy.

“In fact, at times I think we beat them up,” Morley said in an interview.

“We often forget where the drivers of economy are. Money has to be drawn into the economy for it to circulate locally through various retail shops, small businesses and so on. We sometimes don’t understand that eco-system.”

A new report from the Greater Halifax Partnership demonstrates the importance of head and regional offices (HROs) in driving the economy. The Research and Best Practices for Attracting and Retaining Head and Regional Offices report said the 53 HROs included in its economic impact analysis contribute more than $1.3 billion annually to the production of goods and services in Nova Scotia.

According to the report, HROs’ demand for other local goods and services add up to another $1.1 billion in spin-off activity for local businesses, representing about 15 per cent of the total Halifax economy.

The Greater Halifax Partnership, the East Coast city’s lead economic development organization, is made up of more than 120 businesses and all three levels of government supporting economic growth in the city.

For the report, the partnership surveyed 34 firms in Halifax and supplemented that with third-party data from an additional 19 companies.

Morley said the Greater Halifax Partnership created the report to better understand the nature and structure of the city’s economy and the contribution of HROs. “The purpose of it was to just try and express the important role that these kinds of companies have on our economy,” he said.

Overall, Nova Scotia is home to 78 head offices, the highest concentration in Atlantic Canada. A substantial regional office presence is also located in the province, including all of Canada’s five major banks and several Fortune 500 companies. Most are located in Halifax.

Some of the HROs in the region include Emera Inc., Bell Aliant Inc., Clearwater Seafoods Incorporated, and Jazz Aviation LP.

Nationally, Alberta leads with 10.7 per cent head offices per province and population, followed by Saskatchewan at 8.9, Manitoba at 8.7, Ontario at 8.5 and Nova Scotia at 8.2.

In terms of HRO sectors in Nova Scotia, manufacturing led with 30 per cent. Other strong HRO sectors include professional, scientific and technical services (21 per cent); and finance, insurance and real estate (16 per cent).

Morley said the study did not take into account the impact of HROs on commercial real estate. However, CB Richard Ellis shows the average rental rate for class-A office space in downtown Halifax is $18.14 a square foot, well below the cost of other major North American cities, including Vancouver, Toronto, Ottawa and Montreal.

Morley is confident Halifax has enough space to continue to attract HROs as well. He said in recent years there has been substantial development in the suburban areas and that some new office and mixed-use developments are currently underway in the city centre.

The Greater Halifax Partnership also identified some of the strategies other cities are using to attract HROs. Mississauga, for example, has been successful in targeting and assisting HROs with expansion and acquisition plans. Atlanta has used free trade zones to develop exports, allowing exporters duty free access to imported goods.

Vancouver has positioned itself as the gateway for trans-Pacific trade. The report noted that Halifax should continue to promote itself as Canada’s major Atlantic gateway to European, North American and Asian markets.

The report outlined 15 actions meant to attract, retain and expand HROs in Halifax. They include helping newcomers establish international investment initiatives, and exploring the creation of a free trade zone much like the State of Georgia’s. Morley said HROs are also looking for a good tax environment.

Morley noted many cities actively look for companies hoping to make a “beachhead” in Canada, so why not Halifax, he asked rhetorically. “These companies are economic leaders. They’re obviously the sources of management talent for new start-ups or emerging companies – the next generation of head offices, if you will.

“Everyone’s chasing these guys. We have to value them properly and make sure they have deep roots.”