How significant is the destruction of the Sir John Carling Building?

This summer’s destruction of Ottawa’s Sir John Carling Building occurred with little fanfare across Canada despite the rarity of implosions of large properties in the middle of cities. 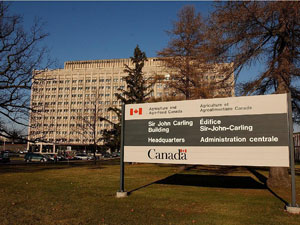 On July 13, the 11-storey building, owned by the federal government and completed in 1967, collapsed into itself in less than 10 seconds. The pile of rubble that remained was pulverized over a period of several weeks and the site is to be covered with topsoil and planted with trees.

The building’s implosion attracted a large crowd in Ottawa, but went largely unnoticed by members of the commercial real estate industry with one notable exception.

Altus InSite president Sandy McNair has brought it to the attention of real estate conference audiences across Canada. He has mentioned implosion of the building at this year’s RealREIT, Ottawa Real Estate Forum and the Calgary Real Estate Forum.

An aging inventory of class-B and -C buildings in Canada have a widening qualitative gap when compared to new and renovated class-A space. For them to remain viable as ‘for lease’ properties, they must either undergo significant renovation or be torn down.

Destroying buildings runs contrary to the notion that embedded resources, energy and materials in older properties are of both monetary and natural value and worth preserving. It also challenges the persuasive arguments of building historians who defend the conservation of architecturally significant structures for their cultural and aesthetic contribution to the built environment.

The Sir John Carling building was designed by Hart Massey, a well-known Ottawa architect and the son of Vincent Massey, the first Canadian-born governor general.

The  implied message in McNair’s presentations is that the deconstruction and demolition of the Sir John Carling building, a substantial and historically valued property, has set a precedent and is an option other building owners should consider.

Facts about the implosion from the Pubic Works and Government Services website:

* It took more than 400 kilograms of explosives to demolish the structure;
* More than 2,000 holes were made in the structure in order to insert the explosives;
* A 300-metre perimeter was established to allow passersby and spectators to watch the event in safety;
* The implosion attracted hundreds of people;
* Deconstruction of the building in a controlled manner helped preserve its heritage elements, such as marble benches, brass doors and the West Annex.

Who was Sir John Carling?

Sir John Carling was born Jan. 23, 1828 and was owner of the Carling Brewery and a prominent politician from London, Ont.  He was agriculture minister in John A. Macdonald’s Conservative government and served in the Cabinet after Canada’s confederation in 1867.

Carling’s rise to prominence in Canadian history began in 1886 with his initiative to establish a series of experimental farms across the ‘Dominion’ including the Central Experimental Farm in Ottawa.

Knighted in 1893 by Queen Victoria for his contributions to Canada, Carling died in 1911.