Ivanhoe Cambridge and its partners DivcoWest and TPG Real Estate continue to buy up potentially valuable space in Silicon Valley with the recent acquisition of another three properties in North San Jose, Calif.

MWest Properties snapped up 12 R & D and corporate office buildings totaling 825,000 square feet in its latest purchase. The terms of the transaction were not disclosed. 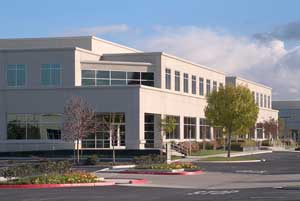 In December 2012, Ivanhoe Cambridge, DivcoWest and TPG Real Estate acquired most of the assets owned by Mission West Properties for approximately US$400 million and formed MWest.

The company’s holdings now encompass more than 7.1 million square feet of commercial office and R & D space across 85 properties in the Silicon Valley and San Francisco.

Earlier this year, Wesley told the Silicon Valley Business Journal MWest planned to invest in the Mission West building portfolio and to upgrade the buildings from class B to class A properties.

“This is real,” Wesley told the business journal, which noted MWest intends to spend more than $100 million on improvements.

The journal cited several challenges MWest may face. At the time of acquisition, the properties were roughly 60 per cent occupied, many of which the publication described as being located in “lagging regions of the Valley.”

MWest’s refurbishing of the buildings would be beneficial for attracting the next generation of tenants.

The business journal said vacancy rate in North San Jose, the site of MWest’s latest purchases, is 15.3 per cent.

Ivanhoe Cambridge is a real estate subsidiary of the Caisse de depot et placement du Quebec, one of Canada’s leading institutional fund managers. Through its multiple subsidiaries, Ivanhoe Cambridge’s assets in more than 20 countries were valued at more than $35 billion Cdn as of Dec. 31.

DivcoWest is a vertically integrated operating company that provides asset, property and construction management and leasing services, with offices in the San Francisco Bay area and Boston.

TPG Real Estate is the real estate platform of TPG, a leading global private investment firm with $55.3 billion of assets under management.