The company now owns eight multi-residential properties in London, seven of which are located within a 2.5 kilometre radius in prime Central London. The eighth property is on the outskirts of the district. 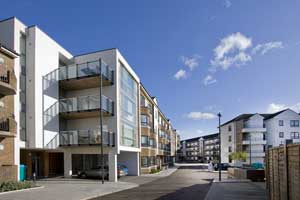 Ivanhoe Cambridge paid $73 million  Cdn for the buildings and completed the deal in partnership with Residential Land and Apollo Global Real Estate.

Imperial House, the company’s other purchase, is an 11-unit, multi-residential complex located in the heart of Kensington and Chelsea, close to Hyde Park. The company said that complex offers “excellent potential to increase in value.”

Sylvain Fortier, Ivanhoe Cambridge’s executive vice-president of residential and hotels, said in a statement: “These new acquisitions strengthen our position in London’s much sought-after market….”

According to the company, the transactions come at a time when market analysis suggests that rising demand, a shortage of rental housing and tighter mortgage conditions are making it more difficult for London residents to find living accommodations.

The London Evening Standard reported in mid-September that renter’s fees in London are rising three times faster than most other areas of Britain. Rents in the English capital rose 1.9 per cent over the past 12 months to August, 2012, the newspaper said, adding that the increase is around double the rising rates seen elsewhere in Southern England.

At the same time, prices in the London housing market have leaped 10 per cent between September and October 2013, English broadcaster CCTV reported. Annually, housing prices in the capital have shot up 13.8 per cent. The broadcaster described the “typical” cost of a London property at more than $3.5 million.

Ivanhoe Cambridge formed its partnership with Residential Land and Apollo Global Real Estate in 2012 and said that the acquisition of the new properties was in keeping with its plan to build a critical mass of multi-residential properties in certain target cities.

On a foreign property buying spree

Recently, the company has announced several high-profile acquisitions. These included a 51 per cent investment of more than US$850 million in a 45-storey, Class A office tower on the Avenue of Americas in Manhattan, as well as the partnered purchase of PointPark Properties (P3).

The latter is a specialized investor, developer and asset manager of warehouse properties. P3’s real estate assets include 48 warehouses and a “land bank” allowing for the development of approximately 6.4 million sq. ft. of warehouse space across Europe.

Ivanhoe Cambridge made the acquisition of P3 with TPG, a global private investment firm. The price of the transaction was not disclosed.

Ivanhoe Cambridge owns assets valued at over $35 billion in 20 countries through its multiple subsidiaries. The company is a real estate subsidiary of the Caisse de depot et placement du Quebec, an institutional fund manager.

Residential Land currently owns and manages a portfolio of some 1,000 flats, houses, hotels and commercial properties in London. The firm’s portfolio is valued in excess of one-billion English pounds.

Ivanhoe Cambridge’s other partner in its latest acquisition, Apollo Global Real Estate, is an indirect subsidiary of Apollo Global Management LLC, an alternative investment manager with assets of approximately US$113-billion.