Ivanhoé Cambridge has signed a preliminary agreement to sell two Paris office properties to Gecina for approximately $1.74 billion and is increasing its indirect ownership stake in the French real estate investment trust to 23 per cent. 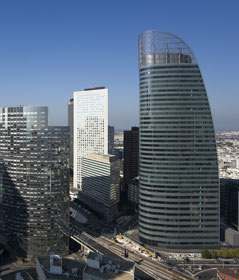 The two properties are:

The deal also involves Ivanhoé Cambridge increasing its stake in a vehicle formed to hold shares in Gecina that was set up in conjunction with The Blackstone Group (BX-N), which manages the ‘concert’ that now owns 29.8 per cent of Gecina.

“The increase of our economic participation in the investment of the concert with Blackstone to approximately 23 per cent of Gecina’s share capital, combined with the sale of our assets to Gecina, demonstrates our support for the strategy of this leader in the office building sector in the Paris region,” Ivanhoé Cambridge chairman and chief executive officer Daniel Fournier said in a statement.

The transaction is expected to be completed in July or August.

Two years ago, Ivanhoé Cambridge and Blackstone became partners in an investment that gave them ownership of 64.7 per cent, or about $1.4 billion, of debt held by two major Gecina shareholders. The two companies have since gradually increased their ownership by acquiring debt secured on Gecina’s capital and buying shares from third parties.

Ivanhoé Cambridge is a real estate subsidiary of Caisse de dépôt et placement du Québec, one of Canada’s leading institutional fund managers. Through multiple subsidiaries and partnerships, it holds assets located mainly in Canada, the United States, Europe, Brazil, Mexico and Asia that were valued at more than $42 billion at the end of last year.

Gecina owns, manages and develops properties that were worth approximately $14.45 billion on Dec. 31, 2014, with 90 per cent located in the Paris region.

The REIT’s business is built around France’s largest office portfolio, as well as residential assets, student residences and healthcare facilities.