Jones Lang LaSalle, or JLL as it likes to be known these days, has been in growth mode for the past three years, adding people, offices and services as it builds up its Canadian operations to the firm’s international standards. 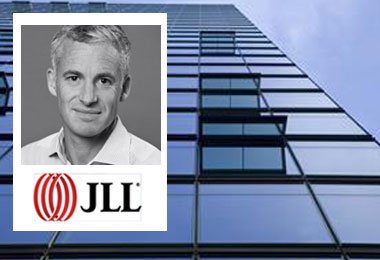 In three years, JLL has gone from about 200 employees to 700 and from four offices to nine and from a total of three or four business lines to about 10, “so that we essentially reflect what JLL does globally in other markets,” explained Brett Miller, JLL Canada’s president.

“That has been a process of either adding talent, organically launching new business lines, or making acquisitions,” he added.

New business lines include a valuation service and an occupant engagement advisory business.

Property management also in the cards

Another offering JLL has on its list to add is property management.

“It is definitely part of our five-year plan, but we do all of these things thoughtfully,” said Miller. “Either it is about finding the individuals who lead it or making an acquisition or even launching the service through one of our U.S. platforms.”

The latest talent acquisition, which has not yet been officially announced, is the recruitment this week of Matt Picken to head JLL’s capital markets group. Picken, a partner at Brookfield Financial Corp., will “lead our capital markets business line across Canada based in Toronto.”

Picken is a well-known figure in RE circles as the past-president of NAIOP’s Greater Toronto Chapter.

This month, the Chicago-based parent made some Canadian real estate headlines when it acquired Toronto’s HFM, characterizing it as an “industry leader” in building commissioning and energy and efficiency consulting.

With that acquisition come 25 HFM employees, including principal owner and CEO Curt Harrison and president Adrian Sluga, who join JLL as senior vice-presidents.

As the JLL news release explained, the suite of services HFM offers are in high demand among building owners and operators facing “increasing complexities in design and construction, shorter timelines for projects and tighter move-in schedules.”

Last month, JLL added a hotels and hospitality practice to its Canadian services by hiring two executives, Mark Sparrow and Luke Scheer, who already have a well-developed working relationship and take on senior VP roles with the company. (Sparrow was director of hotels, Western Canada with CBRE Canada, Scheer director of hotels, Eastern Canada with CBRE).

“It was always our ambition to add a hotels service line,” said Miller. “It is a fairly small market in Canada; there is a limited number of good professionals, so it was a question of being patient to find the best people who could fit with our culture. We are happy to fill that area in our platform and we are thrilled to have them on board.”

At CBRE, Sparrow and Scheer worked on more than 75 hotel transactions worth in excess of $2 billion.

In the new roles, they will be part of JLL’s international hotels and hospital service platform.

The future is bigger

Miller is definitely not done growing JLL, though size is not necessarily everything.

“In terms of staff, our aim is not to be the biggest. We aim to be at the high end of the market, offering best capabilities,” said Miller. “I would say at a brokerage level, probably about 150 professionals. (It is at 115 to 120 currently).

“In the other service lines, it is almost the sky is the limit.”

JLL currently manages about 60 million square feet of space in its outsourced facility management business, accounting for about half its total staff. “As we add accounts, we add people so that eventually could be several thousand.”

As for the impending combination of DTZ and Cushman & Wakefield to create a real estate services powerhouse, Miller is philosophical.

“In the short term, I suppose that you could say that we had two competitors, now it is one. But the one competitor will probably be strong and I think it will be a force to deal with.”

The new Cushman and Wakefield, along with JLL and CBRE, will make up the big three of real estate service firms on the global stage. In Canada, that competitive set would include Avison Young and Colliers among the biggest firms.

“It is difficult to get a read. From the investment perspective, it is stable. The underlying stability comes from low interest rates and really consistent tenant demand. We haven’t seen many bankruptcies or any real pain.

“We are seeing some growth in demand from the U.S. corporates who are fairly flush with cash and doing well in their home markets and starting to invest, particularly in the industrial business line, in new warehouses, new distribution facilities and hire people.”

That growth is offset somewhat by the energy-led slowdown in Alberta, where capital spending is down and some tenants are trying to reduce their office space requirements.

“And in a general sense, the Canadian economy seems to be in a growth mode but low growth versus a U.S. context which is accelerating at a faster rate. . . . It is a little bit of a wait-and-see, nothing to worry about, but I would say that Canadian decision-makers are fairly cautious at this time.”