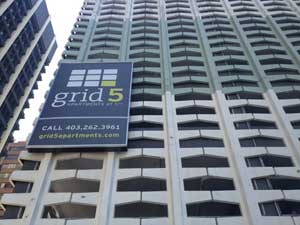 KFH intends to exit the Canadian rental market and unwind its ownership interest in its joint ventures with Killam.

Killam on its own account, or in partnership with an affiliate of KingSett Capital Inc. and AIMCo Realty Investors LP, is acquiring interest in four apartments in Mississauga, London, Ottawa and Calgary.

“These acquisitions meet our goal of increasing our investment in Ontario and Alberta and expanding the geographic diversification of Killam’s portfolio,” said Killam president and chief executive officer Philip Fraser.

“There is strong demand for rental units across the country,” said Dale Noseworthy, Killam’s vice-president of investor relations and corporate planning. “The high cost of home ownership increases the demand for rental apartments. We believe demand for apartments will remain strong into the future.”

Killam, KingSett and AIMCo are acquiring KFH’s entire 75 per cent interest in the 146-unit Kanata Lakes Apartments and Silver Spear in Mississauga. The Mississauga property has 199 units and surplus land for approximately 110 additional units.

Killam recently announced it was acquiring a new luxury apartment in Ottawa with KingSett and AIMCo, highlighting a busy time for the new partnership.

Killam will also add KFH’s entire 75 per cent interest in the 127-unit 180 Mill apartment in London to its existing 25 per cent stake, giving it full ownership of the property.

Upon completion of the disposition of KFH’s effective interests in these three properties, the partnership between Killam and KFH will be dissolved. The acquisitions are expected to close before the middle of December.

Killam’s portion of the purchase price is $47.1 million, and it will assume $27.6 million of existing mortgages with a weighted average interest rate of 3.64 per cent upon acquisition. The capitalization rate for the properties is approximately five per cent.

Killam is issuing $40.09 million worth of common shares to the public to help finance acquiring interests in apartments in Mississauga, London, Ottawa and Calgary for $97.1 million.

Killam will also acquire a 50 per cent interest in Grid 5 Apartments, a 307-unit building in downtown Calgary, from an affiliate of KingSett. The remaining 50 per cent will be held by affiliates of KingSett and AIMCo.

There are five levels of parking, including 274 stalls that generate average monthly revenue of $410 each.

The building also includes approximately 14,500 square feet of commercial space and five levels of parking, including 274 stalls that generate average monthly revenue of $410 each.

“We have been exploring opportunities to enter the vibrant Calgary market for the last two years and are pleased to have our first investment in the city be an interest in Grid 5 Apartments, a recently upgraded, centrally located apartment catering to young professionals,” said Fraser.

The purchase price for Grid 5 Apartments is $100 million ($236,000 per rental suite, excluding value related to parking and commercial space) on a 100 per cent basis, with Killam’s interest being $50 million. The cap rate for the building is approximately five per cent.

In conjunction with the acquisition, $60 million of new mortgage financing ($30 million on Killam’s stake) is expected to be obtained at an interest rate of approximately 3.1 per cent. This deal is also expected to close before the middle of December.

RBC Capital Markets is leading a syndicate of underwriters that will issue 3.8 million common shares to the public for $10.55 each to partially fund the new acquisitions and for general corporate purposes. The offering is expected to close on or about Nov. 28.

Killam is also issuing $4.5 million worth of common shares in a private placement to a joint venture with affiliates of KingSett and AIMCo in connection with the Grid 5 Apartments acquisition.

“We typically acquire $75 million to $125 million in acquisitions per year, and expect to continue to do so,” said Noseworthy. “We’re focused on expanding Killam’s geographic diversification and are interested in acquiring more properties in Ontario and Western Canada.

“We complement our acquisition program with developments. We have two developments underway which will be completed in the next six months and plan to begin a new project shortly.”

Chelsea Place in St. John’s, Nfld., which encompasses two buildings with 101 units in the residential area above Quidi Vidi Lake, is nearing completion. Saginaw Gardens — a seven-storey, 122-unit apartment in Cambridge, Ont. — is scheduled to open next spring.

The partners: KingSett, AIMCO and Killam

KingSett Capital co-invests with institutional and high net worth individuals through its growth, income and mortgage funds. The Toronto-based private equity real estate investment business has more than $5 billion of assets under management.

AIMCo Realty Investors LP is a limited partnership managed by Alberta Investment Management Corporation on behalf of certain clients. AIMCo is one of Canada’s largest and most diversified institutional investment fund managers, with an investment portfolio of nearly $80 billion.