A shortage of serviced land and a lack of oversight by municipalities has led to a marked decline in the construction of new ground-related homes in the Greater Toronto Area. That in turn has led to a sharp increase in housing prices over the past decade, according to a new report released by Ryerson University’s Centre for Urban Research and Land Development. 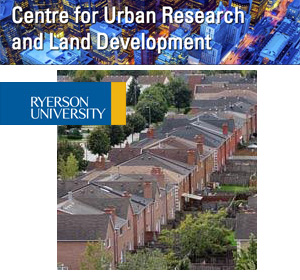 “Nobody is looking at the macro picture, unlike in the later ‘80s and in the 1990s when the province determined there was a shortage of serviced and readily serviced lots, especially small lots, and put pressure on the regions to forecast and provide the land needed to meet the demand,” report author Frank Clayton, a senior research fellow at the research centre, told RENX.

Clayton attributes the drop to an insufficient supply of serviced lots. This shortage has occurred despite Policy 1.4.1 of the Provincial Policy Statement (PPS) requiring municipalities to maintain a minimum three-year supply of land with servicing capacity for a range and mix of housing types.

The study blames most GTA municipalities for not monitoring the adequacy of their short-term land supply. Clayton found only the Town of Whitby and the City of Oshawa prepare annual demand/supply analyses that allow an assessment of compliance with the PPS’ “at least three years” land requirement directive.

“Individual municipalities don’t see the big picture,” said Clayton. “It may be OK for one to have a serviced land shortage, but only if other municipalities have a surplus. If most have shortages, then housing prices rise.”

The report recommends the provincial Ministry of Municipal Affairs and Housing require regions within the GTA to monitor their short-term land supply and years’ supply by unit at the end of each calendar year. It also says municipalities falling short of a minimum land supply of three years at all time should be required to take immediate action to increase the inventory of short-term land within their boundaries to reach the minimum requirement by unit type.

Clayton said the province is enforcing other policies in The Growth Plan for the Greater Golden Horseshoe and PPS “like intensification targets, maintaining the supply of employment (industrial) lands and protecting the environment,” and can use the same tools to monitor the serviced and serviceable land supply for ground-related housing.

“There should be a concise annual report produced by the province documenting short-term land supply by municipality, expected demand, and years of supply of short-term land,” said Clayton.

Increases in the price of ground-related housing in the GTA isn’t only worsening the affordability problem of low- and moderate-income households by reducing the supply of available housing. The study cited a January TD Economics report that claimed wealthier people are also being affected:

“The problem of affordability has spilled over to residents in higher income levels and to those in homeownership. Higher land costs and restrictive government regulations that have stretched out development project time lines to as much as seven years have made it increasingly difficult to supply housing at an affordable cost across the GTA.

“What’s more, rising costs have been instrumental in driving up average debt-loads in the region, leaving households vulnerable to any unanticipated negative economic shock.”

The rising costs have tilted new development in the GTA toward condominium towers and shrinking unit sizes. This trend has resulted in even greater price premiums for townhouses and single-detached homes across the region, contributing to poorer housing choices and reducing resident mobility.

Clayton thinks smaller towns and cities in and around the GTA making more land available for residential use and reducing the housing shortage and high prices in Toronto would only be a potential solution if jobs were also dispersed to these areas, which he called “a real challenge.”

Clayton said Ontario’s Greenbelt Plan will at some point “become a serious constraint on the supply of serviced land in the GTA, but right now there is a reasonable supply of vacant designated land plus lands outside current Official Plan urban boundaries in the so-called white belt.”