Leave room for chance in architecture and urban planning 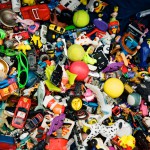 Lately I’ve been reading about a lot of creative people doing very creative things in globally successful ways. Big names in the world of retail, design, art and architecture.

And I’ve been noticing a common thread that I think can apply to almost everything, including my work and yours.

If you’re like me, it’s a battle to keep the inner control freak bottled up and sedated. The common thread I’ve been noticing in all the reading referenced above is that the effort to stop yourself from sweating every detail is a good move. Chance is sometimes the best collaborator.

You might hear it talked about as accidental alignment: where things that weren’t planned come together in unexpectedly wonderful ways.

Another way I saw it referenced was “beautiful chaos,” a mantra of sorts used by Rei Kawakubo the uber-successful creative brain behind the Comme des Garcons clothing line.

There’s even the ancient Japanese principle of Wabi Sabi, which simply acknowledges unplanned imperfections in objects make them more beautiful. (It’s an imperfect paraphrasing, but I’m writing about imperfections.)

The best urban planners or city builders I know also practise this non-practice. You can program the crap out of a space in order to activate it, bring people there and give them things to do. But many times it’s the vacant lot left for the community to do something with that’s the most creative space in the whole plan.

Or it’s the warehouse space left purposely unfettered for neighbourhood groups to create what they want that becomes the most interesting place to be.

The list doesn’t stop there. The idea of leaving some things to chance is a major piece of connecting tissue in many fields. Now that I’ve pointed it out, you’ll start to notice it, too.

Would you share your findings? It’s an intriguing idea and I’d like to know what you’ve found.