Metrotown: The calm before the storm 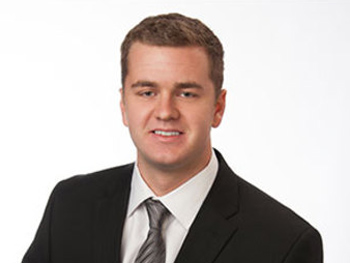 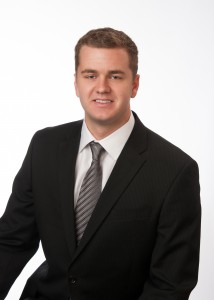 The real estate pot has been bubbling in Burnaby, B.C.’s Metrotown area over the last couple of years, as the new official community plan edges closer to fruition.

We know many land owners anxiously wait to find out if their property falls under a new zoning policy that may significantly increase the value of their land.

Many investment owners in the area are reluctant to put their property up for sale until the new value of their land is known. That can only be calculated when the density for a specific property is released.

Once the city releases the community plan, there may be a frenzy of activity in the area similar to what’s happening in Marpole. My recent article, “Land assembly logic far from simple,” gave you an introduction into the land assembly process and outlined Metrotown as a redevelopment opportunity. This will engage the area specifically.

The area that will see the most concentrated change in density will be east of Willingdon, staying north of Imperial while remaining south of Beresford, and ending at Royal Oak Avenue.

If you own properties in this area you can expect to see, to varying degrees, a shift in the zoning.

The city has indicated it will increase the amount of mid-rise and high-rise opportunities in this area.

Owning a property that gets rezoned to high-rise could be like receiving a winning lottery ticket. The value of the land under your building will skyrocket, likely resulting in a number significantly higher than as an apartment building.

A high-rise site transacted by NAI Commercial, which included three apartment buildings, sold for a combined total of $12.7 million in April.

Averaged out on a price-per-door basis, it equates to $343,243. An apartment building across the street recently sold for approximately $200,000 per door.

In order to get the maximum amount as a development play, the city generally requires an acre of land. As in this case, it took the cooperation of multiple property owners and a package that supplies enough land to make the development opportunity viable.

This resulted in a very rewarding experience for all the parties involved.

Being rezoned for a mid-rise development can also result in a large increase in value. In this scenario, determining whether your building is worth packaging together as a development site will depend on how large your parcel of land is compared to the number of units currently generating income.

One way to approach this equation is simply taking your dirt, multiplying the base density given by the city, and then multiplying that number by the price per buildable square foot.

It’s important to keep in mind the city sometimes requires property setbacks to complete the rezoning process. This must be taken into account, as the required land no longer counts towards your square footage and will affect the total amount of your development value.

In the recent sale mentioned above, the sale price was approximately $133 per buildable square foot after taking into account the setback required by the city. Remember that this was the blended number for the overall sale price.

If one person wants above market value, it will drive the overall price per buildable square foot up and potentially make the project unviable.

You’re probably asking yourself: “When is all this going to happen?”

The answer is quite complicated and the city has maintained a tight lid on the project. Many elements have to be researched and planned before anything can be adopted, which is why there have been years of delay.

One aspect the city must take into serious consideration is maintaining a strong rental pool. Once the new official community plan comes into effect, many purpose-built rental buildings will be demolished for new condominiums.

One policy the city has implemented to keep the status quo is the secondary suite program, which focuses on the legalization of basement suites. However, there have been some glitches implementing this policy that will likely need to be finalized before the new official community plan is released.

The city has already designated many areas around Metropolis at Metrotown as condominium projects that have greatly increased the supply of available product. Once this new plan comes into effect, another wave of supply will hit the market. The City of Burnaby will want to make sure that demand meets supply before allowing these projects to move forward.

Even though there has been a recent buzz around the possibility of a spring/summer release, there remains a high probability the city will require more time to fully develop a robust, comprehensive official community plan, as it will stand for the next 20-plus years.

For more than 35 years, our team’s No. 1 prerogative has been fulfilling your commercial real estate needs. NAI Commercial has implemented a new cutting-edge website to incorporate insider information to keep you ahead of the market. Check us out at www.apartmentblocks.ca for our latest listings, a real estate library, news and reports.

Find out your options with a no-commitment, free-of-charge evaluation on your investment property by contacting Brandon Harding at (604) 691-6630 or [email protected].

Brandon entered into the field of real estate at the age of 18 when he began managing apartment buildings. Since graduating from the University of Victoria, in Economics and Business,…

Brandon entered into the field of real estate at the age of 18 when he began managing apartment buildings. Since graduating from the University of Victoria, in Economics and Business,…