Monthly parking space in Toronto? There’s an app for that

In February, WagJag co-founder Alex Enchin moved offices and went through the process of trying to find a monthly parking spot close to his work. The exercise turned out to be both frustrating and inspirational for someone with a background in tech startups. 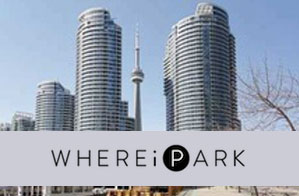 He hit the streets and went online in search of a spot in his price range and found there was no central resource to carry out a comprehensive search. During his unhappy quest to find an affordable place to hide his ride Enchin continued to bring up the idea of a Web-based parking app with Jeremy Zuker, his former partner at WagJag.

“We spent the next months in different coffee shops talking about our business ideas and the opportunity that I kept coming back to was the parking experience,” he said. “It was so painful and I basically said ‘Let’s create an aggregated marketplace of different supply and let’s make it really easy for consumers to buy monthly parking spots.’

“For concert tickets there is StubHub, for travel there is Expedia, for vacation rental there is Airbnb. There is nothing like that for parking.”

After a bit of research into the market, the duo found a similar venture had launched in 2006-07 called parkingspots.com, but failed. Enchin believes the people behind the effort had the right idea, but may have been too early in the smartphone-digital development cycle.

Undeterred, Enchin and Zuker launched WhereiPark in June with about 35 parking lots participating in the venture and they now have more than 150 in the GTA, totalling about 600 spots. (8 York St. in the image is one of WhereiPark’s parking lot locations.)

The startup’s portfolio mix consists of surface and underground lots and a smaller percentage of elevated parking lots. Similarly, WhereiPark’s client list is a mix of parking service operators and commercial real estate players such as REITs.

Enchin said he has a number of real estate companies signed on, including Allied Property REIT (AP.UN-T).

“We actually found that there are quite a number of medium and large, even some small property owners, who have vacant parking assets and they really don’t know what to do with them because until now there has never really been a marketing tool or a way to easily rent them out.”

WhereiPark’s model is simple. It takes inventory in the form of unassigned parking spots, lists them on its website and takes a fee of a month’s rent when it succeeds in finding a tenant for the space.

With most parking spot rentals lasting between 10 and 12 months, the startup’s fee works out to eight to 10 per cent, he said.

The web-based reseller is currently at about 600 spots and growing, but Enchin is most excited that the majority of its inventory is in the city’s downtown core “in really dense, desirable areas. A lot of it, and why we think we are on to something, is that a lot of buildings have parking and a lot of it is underground or hidden. You would never know about it, that there are available spots there, or how to get in touch with people.”

It makes sense for property owners

WhereiPark’s founders will focus on Toronto for the time being, which is not surprising considering the venture is really just 11 or 12 weeks old. However, they are eyeing the country’s other major centres hungrily.

“We are going to work with the partners that we have and really quickly be in all the other major Canadian cities where parking rates are high and it is difficult to find spots. From there, we will see what happens; there are a number of different possibilities.”

He hopes to grow out its Toronto-area business to encompass more than 1,000 lots from the current 150 or so.

While WhereiPark is a service that seems to make a great deal of sense for property owners and parking lot operators, Enchin is most enthusiastic about what it can do for people simply seeking an affordable place to park, just as he was back in February.

“If they can save $50 a month or $600 a year and walk an extra two blocks because we have helped them identify a hidden gem for $200 instead of $250,” WhereiPark has achieved its promise. “We want people to be able to compare to what they have now.”

And yes, he added, it is a potential source of untapped revenue for the actual owners of those vacant chunks of striped pavement

“The real estate owners and managers are not going to take out ads in the newspaper and they are probably not going to do digital advertising to try and fill spots so the prospect of them giving us vacant inventory and letting us monetize it for them on a performance basis I think is really compelling.”