A couple decades of falling interest rates have been an incredible boon to the real estate industry and have created some sizable real estate empires. How successful would those superstar have been without the tailwind of ever-cheaper capital? 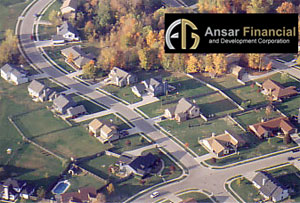 Actually, we don’t have to imagine.

For the past 15 years, Ansar Financial and Development Corporation has operated in Canada under the strictures of Islamic Sharia law as it relates to finance. That means that unlike other real estate companies that rely on mortgages and other debt to finance acquisitions and development, Ansar cannot pay interest under Sharia law. Instead, it has had to finance its operations through capital invested by its shareholders.

“It is a big challenge for us, of course,” said Pervez Nasim, the company’s chairman and chief executive, who acknowledges it is a slower-growth approach. “I would say so yes, especially these days.”

Today, Ansar has five properties in Alberta, about 600 shareholders from a public share offering in 2010, $15 million worth of share capital and is currently a quasi-public entity in that it is a reporting issuer to the Toronto Stock Exchange.

It also has a burning need for capital to develop two of its landholdings, particularly its 186-acre commercial property in Strathmore, near Calgary, where it intends to create an industrial park.

Ansar is currently working on two strategies to raise the $5 million or more it needs to develop the first phase of the Strathmore project: either sell existing landholdings in its portfolio or come out with a full-fledged public offering, a process its lawyers are currently pursuing.

“We have a couple of projects coming up so once we start that, we will have to do another prospectus,” said Nasim.

The jewel in Ansar’s portfolio is its Strathmore property, located about 20 miles east of Calgary on the Trans-Canada highway and Highway 24. The company has begun a development process that will see it create industrial lots of between two and 20 acres on which purchasers can site industrial buildings.

“It is right on the highway, it is zoned already for commercial-industrial,” Nasim said.

Developing phase one, likely a 35- to 40-acre block, would require $5-million to build necessary roads, and other infrastructure such as hydro and communications lines. Nasim expects to obtain necessary approvals and capital in the next few months and begin work on the site in the spring of next year.

An area structure plan for Strathmore was recently approved by the county.

Ansar currently has one of its properties up for sale with an eye to fund the Strathmore development with an IPO as its Plan B.

Head to the hills

Nasim is also optimistic about the prospects for the company’s 157-acre Cochrane property which is on higher elevation and near the Trans-Canada as it makes its way to Banff.

“We could probably do a good entertainment complex given that area has a lot of tourists,” he said. “So some hotel and a theme park, something like that. Having this parcel is very unique in that standing on this land you can see the mountains.”

Currently the Cochrane property is classified as “ranch and farm district,” which means the primary land uses are agriculture in nature, as the land is generally protected from subdivision uses.

In recently filed documents, Ansar stated that the Cochrane property could be developed, subject to zoning approval, for “commercial, retail, hotel/motel lodging, an entertainment complex and country residential estate homes (on three to four acre lots).”

Ansar also owns the “Bighill Property,” a 149-acre holding situation 4.5 miles north of Calgary. Also categorized as ranch and farm district, it would need rezoning approval for other uses which the company states could include “Highway Commercial, Light Industrial and country residential estate homes (on three to four acre lots).”

Strathmore-3B, a 160-acre rural site located between Chestemere and Strathmore, would require rezoning for development.

Ansar noted that the site, valued at $3.6 million in 2009, could be used for “commercial, light industrial and, at the front of the property, country residential estate homes on three- to four-acre lots, or, at the rear of the property, single-family and multi-family urban residential lots.”

It noted a subdivision for highway commercial and light industrial has already been approved on nearby property and work on that property is already underway.

The Grand Prairie Property, 148 acres at the city limits of Grand Prairie, is zoned for agricultural use but with approvals could be used for commercial, retail, health related medical and/or professional offices, residential single and multi-family dwellings as well as high-rise apartments.

The company notes that numerous new subdivisions in the immediate area have already been approved, including a major hospital. The property was assessed at $2.2 million in 2009.