NorthWest REIT back to making deals after quiet 2014

NorthWest Healthcare Properties REIT (NWH.UN-T) may be the biggest player in the medical field with 74 properties across the country, but it is a patient and careful operator, a fact illustrated by its decision not to make a single acquisition in 2014. 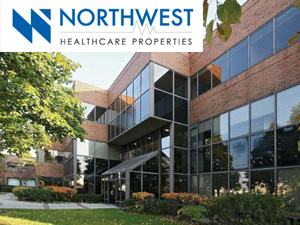 “There are always opportunities out there, it is just whether we want to pursue them or not,” said Peter Riggin, NorthWest’s chief executive, who described 2014 as a year in which it focused on “internal” operations.

In the first two months of 2015, NorthWest has ended its dry spell, acquiring two properties in Ontario: the Owen Sound Medical Building for $23 million and 81-85 The East Mall two-building complex (shown in the image) in Toronto for $13.7 million in addition to land development parcels in Barrie, Ont., and St. Albert, Alta.

As the dominant player in the medical property game, NorthWest believes it can wait for deals to come to it and be disciplined with making acquisitions rather than try to snap up everything that appears before it.

“We are still very fortunate in that we believe we get to see everything that trades in the marketplace. We just have either made the decision not to pursue or got outbid,” Riggin said.

NorthWest is the only REIT focused on health care real estate and, as far as it knows, the largest non-government owner of medical office buildings in Canada.

“By virtue of having been at it for 10 years, five as a public company, five as a private company before that, and just our reach out in the market and our profile, we get to see everything – or we think we do,” Riggin said.

The ownership of medical services buildings remains fragmented – NorthWest has made only one significant portfolio purchase in its history – but there is some supply out there if the REIT wants it, the CEO added.

“I would say that there is a steady stream of opportunities. I would not say it is a flood.”

With the supply of medical buildings less abundant than many other property classes, NorthWest has shifted its focus to development more than ever before: it acquired the two previously noted land parcels for $6.8 million and is lining up financing for their development and construction starting later this year.

“The characteristics of the assets and/or that combined with pricing led us to believe that developing would lead to better results for unitholders,” said Riggin. “Not that we are not going to acquire externally as well, we just wanted to add this other opportunity for value creation.”

Given its new focus on development, NorthWest has also announced it has ended a related-party deal with NorthWest Value Partners Inc. and hired on its four-person development team at the REIT. That team has worked closely with the REIT on its most recent land and property acquisitions “as well as a number of prospective development opportunities.”

The arrangement was easy to make as Paul Dalla Lana is the sole shareholder of NorthWest Value Partners as well as a trustee and principal unitholder of the REIT.

Riggin said bringing development in-house was not the result of unitholder pressure, but follows what had generally been going on in the industry.

“If you look at the trend in the REITs, it definitely is something that people are looking for: internal growth. What can you do with your existing portfolio? So when we looked at greenfield development opportunities like we referenced and add to that our existing portfolio, some intensification opportunities where you need development experience as well, we thought the coming together of it was perfect.”

Riggin also appreciates having more control over the process. “At the end of the day, you get the project that you want.”

It also lets the company establish its leasing policies from Day One, rather than inheriting them from previous ownership.

NorthWest believes it approaches leasing and tenant mix very differently than other owners. “Office buildings . . . we think of them more as retail buildings in terms of how we tenant them,” Riggin said. “The merchandize mix, as it were, the tenant mix is very important and how the leases are structured.  . . . Much like a retail plaza with their so-called anchor and then the CRU guys that follow, we are the same.”

In NorthWest’s case, the anchor tenants are doctors groups, whether GPs, specialists or family health teams.

At its newly acquired Bayview Drive parcel in Barrie, NorthWest intends to build a three-storey, 79,000-square-foot, “next generation” multi-tenant building. Pre-leasing is currently underway, construction will start soon and occupancy is slated for late 2016. The REIT’s first property in Barrie will be part of a cluster of properties including Collingwood, Orillia, Midland and Owen Sound.

The St. Albert parcel is located across from the Sturgeon Community Hospital, a 25-minute drive northwest of downtown Edmonton. The 1.4-acre site will house a “new generation” on-campus medical office building of 30,000 to 50,000 square feet. Pre-leasing is underway.